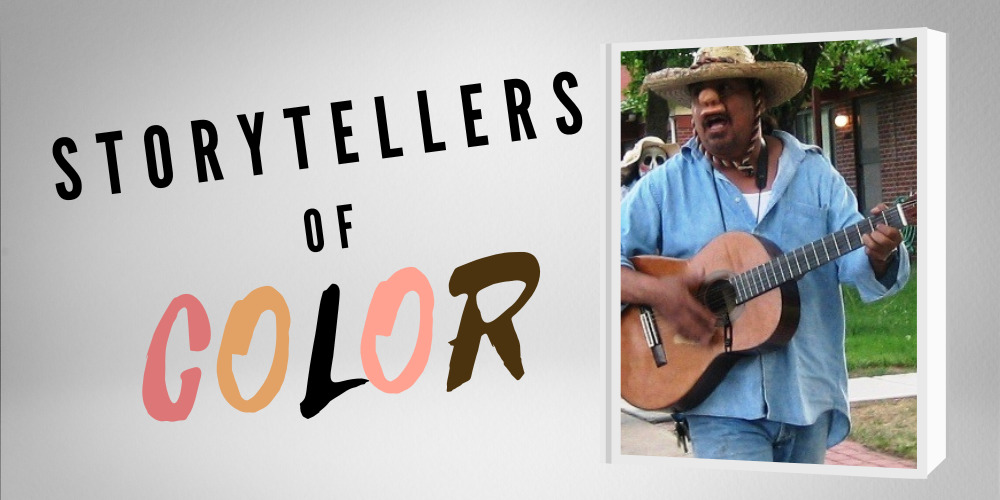 Our Guest this morning is an award-winning playwright, musician, composer, educator, and social activist Thomas J García. Known as the flame keeper of the Chicano – Latino culture in Denver, Garcia is the executive artistic director of Su Teatro Performing Arts Center located in Denver’s west side barrio. According to Garcia, Latinos are somehow still culturally marginalized, especially in the arts and in media coverage in Colorado. García reflects on the reasons why the dominant culture has a responsibility to understand and feature the minority culture.

After years of resisting the wave of gentrification and displacement throughout the Denver Metropolitan area, Su Teatro announced they have paid off the final balance on the mortgage for the Denver Civic Theater and, to celebrate, they will continue to serve from El Corazón de la Ciudad.

Storytellers of Color airs on the second Monday of each month as part of A Public Affair on KGNU. The major goal of the show is to provide a safe space for communicators of color through a series of conversations, to elevate their voices, and discuss issues of equality in the media. The show is inspired by the  Colorado News Collaborative working groups, including Latinx Voices from Voices Colorado Project, and Journos of Color Network.

The Storytellers of Color series are a collaborative effort, with an open invitation to other storytellers to come into our airwaves, tell their stories, and occupy the safe space we provide every second Monday of the month.