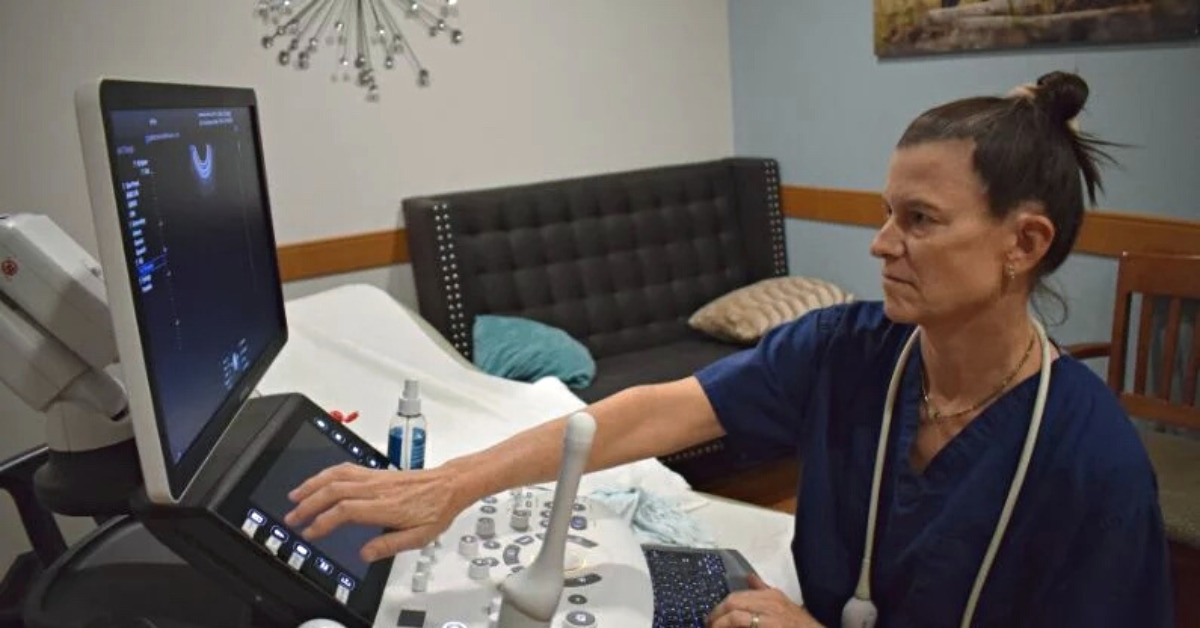 Providers at the women’s clinic in Jackson are gearing up for more restrictions on reproductive freedoms in Wyoming.

Phones rang and patients filed through the waiting room at the Women’s Health & Family Care Clinic in Jackson on Nov. 30. It was a typical Wednesday at the clinic, the only place that administers abortions in Wyoming.

Dr. Giovannina Anthony, an OB-GYN, is one of two abortion providers at the practice. She walked me through the clinic via the route patients seeking abortions would experience.

We ended up in what Anthony called “special room seven,” which has ultrasound equipment and an exam table. This is where she sees all pregnant patients, including abortion cases.

“We’d bring the medications into this room,” Anthony said. “We’d have a little glass of water ready to go. And I’d conduct the counseling session.”

That session is when Anthony and the patient talk about ways to prevent an unwanted pregnancy again, whether that’s through contraception or a different method.

“They’ll take the first medication with me sitting here,” she continued, “to make sure they did indeed swallow the pill as directed.”

Once the patients leave the clinic, they must take more pills about a day later.

The process is known as a medical abortion, and it’s the most common way to get an abortion. The clinic only administers this type of abortion, rather than surgical procedures. Even though abortion patients only make up five percent of its clientele, Anthony is fighting to continue to provide the service to western Wyoming.

She’s one of the plaintiffs in the lawsuit preventing the state’s trigger ban from going into effect. The plaintiffs argue that the ban is unconstitutionally vague and that the state’s constitution protects Wyomingites right to make health care decisions, while the defendants argue the statute doesn’t apply to abortion.

Anthony has spent nearly two decades lobbying for reproductive freedoms in Cheyenne, but she was hesitant at first to join the suit.

“I initially did not feel like I had the energy to be a plaintiff on a lawsuit of this nature,” she said. “When I really did some soul-searching in that regard, I realized that there was just no way I couldn’t be a part of it. And the whole scenario just made me so angry — and anger is a very powerful motivator.” Giovannina Anthony talks with Katie Noyes, a family practice physician at the clinic and an abortion provider, about the increase in patients from Idaho seeking abortion care. (Hanna Merzbach/KHOL)

Wyoming is one of 10 states nationwide where the future of reproductive freedoms currently lies in the hands of state courts.

Until recently, the lawsuit has been winding its way through Teton County District Court. On Nov. 30, Teton County Judge Melissa Owens sent the case to the Wyoming Supreme Court. The state’s highest court has 30 days to decide whether it will pick up the case.

Owens also denied a request from two Republican state representatives — Rachel Rodriguez-Williams and Chip Neiman — and pro-life nonprofit Wyoming Right to Life to weigh in on the case. They previously told the court they should be able to intervene because they have a vested interest in the trigger ban. The lawmakers didn’t respond to requests to comment about the decision, and Wyoming Right to Life’s Marti Halverson declined to talk.

However, back in August, when the trigger ban was blocked, Halverson told Wyoming Public Radio that the group would continue to fight for a full ban on abortions.

“You can throw all the what-ifs at me that you want,” Halverson said. “But our position is [abortion] is never necessary.”

Wyoming’s trigger ban currently includes exceptions for rape and incest. Pro-Choice Wyoming leader Sharon Breitweiser says this is something lawmakers may restrict even more in the coming January session.

“The one thing I think we’ll see is that there they will try to remove the rape and incest exceptions from that current trigger law,” Breitweiser said.

If new restrictions go into effect, Wyomingites would need to travel to Colorado or Montana for all abortion care. Wyoming is already an abortion desert, with most people in the eastern half of the state already traveling far distances for care.

Back in the clinic, Anthony said it’s the Western half of the state — and the eastern part of Idaho — that will take a hit if a ban goes into place.

“If it becomes illegal in Wyoming, then we are a true desert for hundreds and hundreds of miles. Idaho, Montana, Utah, the Dakotas,” Anthony said.

Idaho banned abortion in late August. Anthony says that, ever since, most patients drive as far as five hours from eastern Idaho, including places such as Hailey, Sun Valley and Ketchum.

If the ban does take place, Anthony said that low-income women and women of color will feel the effects of this decision the most.

“Most women will go a long way at great personal expense, a great emotional expense, at great financial expense to obtain the service,” she said. “But a lot of women simply will not be able to.”

Anthony says the fight can feel a bit hopeless, but that doesn’t mean she’ll stop battling. A decision on the lawsuit won’t come for months, so the clinic will continue to function normally until it no longer can.