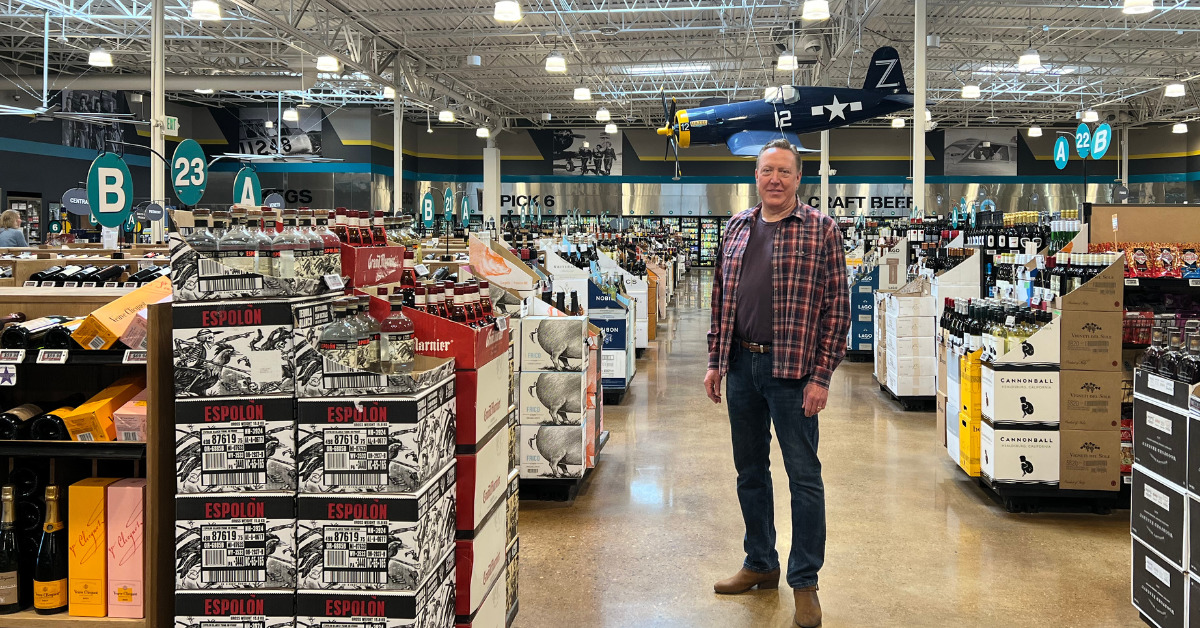 Proposition 124 on this year’s ballot asked voters. If the state should allow liquor stores to have an unlimited number of licenses, Bruce Dierking is the owner and founder of Hazel’s Beverage World in Boulder. He says if prop 124 passes it would repeal post-prohibition era laws that have  protected small liquor store owners in Colorado for close to a century.

Bruce Dierking: In Colorado, our policy was that grocery and convenience stores would be able to sell low strength beer and anything else stronger would be sold through license, retail, liquor stores, and only one license per person would be allowed.

Alexis Kenyon: The limited licenses, which over the years have increased to three per owner, have created a unique environment for small liquor stores. Dierking says because of the laws, small businesses can thrive in Colorado because they don’t have to compete with large, big box franchises.

Bruce Dierking: And I would argue, even though you might say it could be more convenient for consumers, if alcohol were available in more places, or if you could order alcohol and have it delivered everywhere. Is that really one of our top problems in Colorado, that it’s just too hard to buy alcohol?

Alexis Kenyon: Supporters of Proposition 124, say yes. David and Robert Trone are two out of state brothers who have almost single handedly funded the yes on prop 124 campaign. With close to $13 million in donations. The brothers own the nation’s largest independent alcoholic beverage retailer, Total Wine and More. The retailer has 229 locations or so-called superstores across the nation. Last year, they brought in close to $5 billion. Dierking says in some states total wine and more has virtually eliminated any competition.

Bruce Dierking: If you go to Arizona for example, Total Wine and More really dominates and there are very few local liquor stores even around Arizona State. Even around the college, you have a few total wine and mores and that’s it. That’s the entire market.

Alexis Kenyon: In Colorado because of the state’s liquor laws, Total Wine and More can only operate three locations. The Trone brothers, one of whom is a congressional representative in Maryland, say, not only are these laws unfair to their business, they’re bad for any liquor store business in Colorado. Yes on prop 1 24 spokesperson, Scott Willoughby, says repealing the restrictions gives everyone a more equal playing ground, including small businesses.

Scott Willoughby: This is a fairness argument and I think that the piece of the campaign that the media has really failed to recognize and report on is this element of the great compromise   that allowed full strength beer into the grocery stores, and expanded the number of liquor license drug stores can own. I think that they don’t understand. That’s not fair to these guys.

Alexis Kenyon: The great compromise was a deal made between large grocers and Colorado liquor store owners in 2016 and came after years of failed attempts by grocers to repeal the state’s liquor laws. In an effort to protect small liquor store owners who argued that repealing the laws would devastate thousands of family owned businesses, the great compromise allowed large grocery stores with pharmacies to gradually increase liquor store licenses over the course of around 20 years. It also allowed large groceries to sell full strength beer, which grocers argued supported the state’s small craft brewers. In exchange, liquor stores could sell some food products and groceries hopefully would keep liquor laws off the ballot. Loren Touch, owner of Gunbarrel liquor, says not only did the grocery stores not keep their word about keeping liquor laws off the ballot as seen by this year’s ballot. They didn’t follow through with their support to craft brewers

Loren Touch: And that’s not happened at all? In fact a lot of the small brewers are having a very difficult time getting on the shelves at King Soopers, Safeway, Walmart, and Target.The reason why is because when you can work with  fewer and fewer suppliers, it’s easier for a big corporation to do business.

Alexis Kenyon: Bruce Dierking says regardless of industry, small local businesses tend to look out for each other because it’s good for everyone’s bottom line.

Bruce Dierking: Consumers have done really well here. Our craft industry is what it is, largely because local producers could walk in and talk to the owners of local stores, get their  products on the shelf, and the dollars people spend in these stores stay in our communities. The owners are here, the employees are here, the customers are here at all cycles and stay here.

Alexis Kenyon: Dierking says, prop 124 would change all that. According to Colorado’s licensed beverage association, one of the groups representing liquor store owners in Colorado and supporting the efforts against proposition 124, about 60% of the state’s liquor stores are owned by people of color and women. Prop 124 would put many of these family owned stores out of business.

Bruce Dierking: And in a time where income inequality is shrinking the middle class and systemic racism are big issues, we’re talking about passing a law to benefit major out-of-state corporations that’s going to put out all these family businesses out and leave families that currently have a middle class income figuring out where do I go to support my family? And I just think that’s the wrong policy.

Alexis Kenyon: Loren Touch of Gunbarrel liquor says if prop 124, or any of the alcohol-related  propositions on this year’s ballot, pass it’s only a matter of time before gun barrel liquor will probably close.

Loren Touch: When I was younger, we used to have independent flower shops, delis, video stores, pharmacies and butchers, we don’t see those anymore. What’s left? I mean, how much are we going to allow them to take?

Alexis Kenyon: Touch says, if Coloradans want to know what will happen when large corporations come into a market with local businesses, all they have to do is look around at other retail sectors in Colorado’s economy.

Loren Touch: The landscape or independent business in Colorado is slowly shrinking. I think allowing any of these propositions to pass, especially 124, is to send a message to all Coloradans that their small business aspirations don’t matter here.