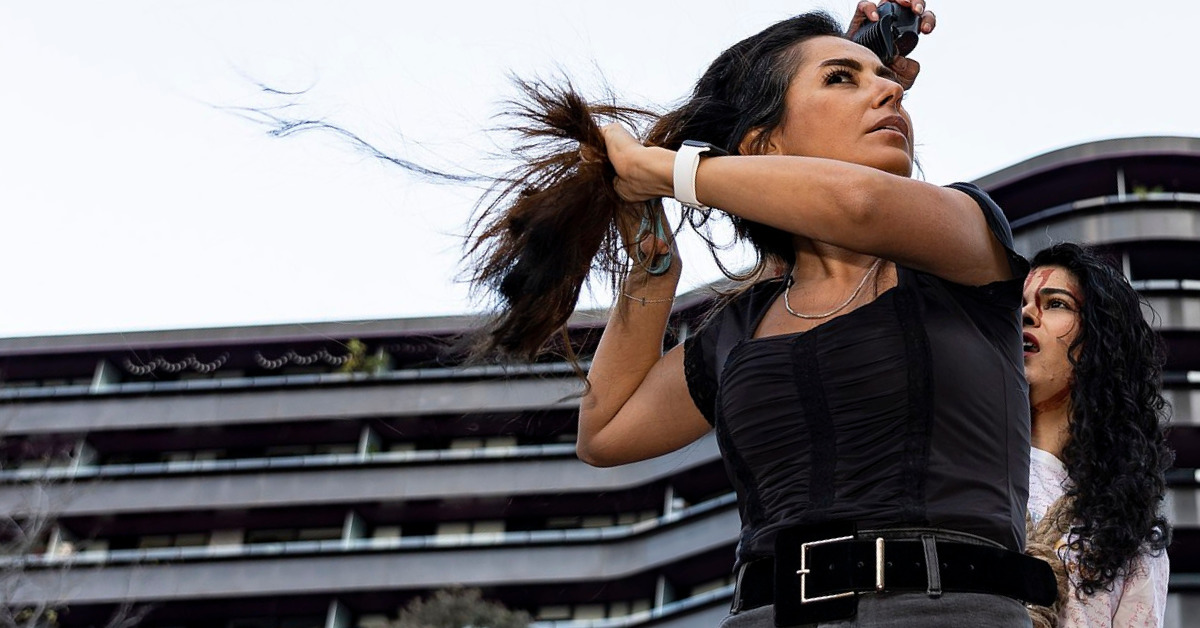 The University of Colorado Boulder is hosting an event tonight to raise awareness about the ongoing popular uprising in Iran. Widespread protests began after the death of 22-year-old Mahsa Amini in September. Iranian morality police had arrested Amini in Tehran for allegedly not wearing her mandatory hijab head covering correctly. Amini later died in their custody.

The demonstrations have since expanded to calls for a secular democracy in the nation that has been ruled as the Islamic Republic since 1979.

The authoritarian theocratic rule has caused many Iranians to move abroad, contributing to a sizable diaspora population including across the Front Range.

Top-notch schools and research institutions have also attracted Iranian students to the areas.

KGNU’s Alexis Kenyon spoke with two Iranian academics at CU Boulder. Shawhin Roudbari s an Assistant Professor in Environmental Design and a member of the Dissent By Design Collective. Shideh Dashti is as an Associate Professor and Acting Associate Dean for Research at the university’s College of Engineering and Applied Sciences.

The “Women, Life, Freedom: supporting the Iranian women’s revolution” event takes place on campus tonight at the Old Main Chapel from 6-8pm as well as online. Advance registration is required.

Shideh, can I start with you? Um, tell listeners about the event that’s planned tonight at CU?

Shideh Dashti: Well, thank you for this opportunity. This particular event, our focus is more about how we in America and also our elected officials how we can provide support for this woman-led revolution in Iran.

This, this movement, well, it’s, as far as we know, the first woman led revolution that is asking for bodily autonomy. And this is an ongoing, horrible situation that is happening in Iran. It’s beautiful at the same time. And it’s also alarming and dangerous.

So this event is about what is our role? What is our responsibility? Why should we care about this movement to at least make it more costly for Iran’s government to continue the execution of Iran’s youth and also across all ages and races. 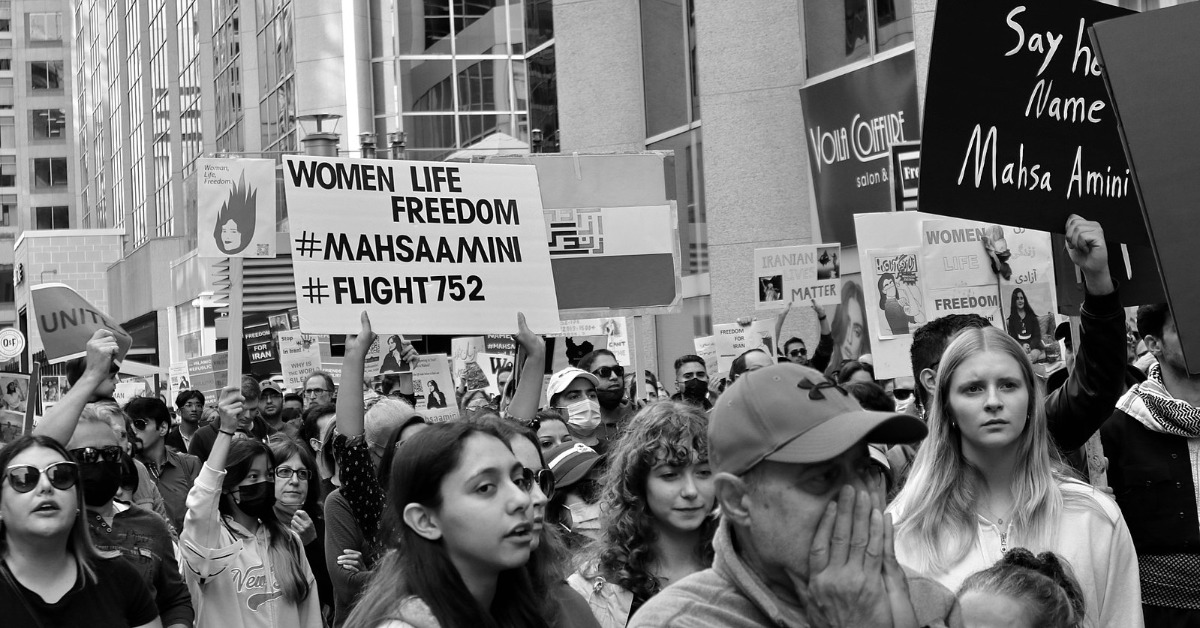 Shawhin, will you tell us who is speaking at the event and how did it come together?

Shawhin Roudbari: We have elected officials and university administrators and faculty at this event, and our goal is to draw their expertise in terms of brainstorming ways that we can, sort of, take action and participate in supporting the movement.

So it was important for us to have local representation and state representation. Gov. Jared Polis will be there for some remarks. And then, on the panel, we have Boulder Mayor Brockett. We have Council member Speer and Council member Jeslin Shahrezaei Lakewood. We have the Provost of CU Boulder, as well as the professor and chair of the Department of Geography. Jennifer Fluri.

Is it challenging to get Americans to understand what it’s like to live in a non secular democracy where there’s no separation between church and state?

Shawhin Roudbari: You know, I, I think in some ways the US is a secular democracy. In many ways, I don’t think it is. And it seems, sort of, a front to a governance and system where church and state are deeply intertwined, but maybe not overtly and not explicitly.

So, many people in Iran see that, and they understand the oppression that they’re experiencing, and they work together to, you know, navigate that.

In the US, I think there’s this funky challenge where, depending on the privileges that you carry, you may or may not realize how the lack of separation of church and state functionally oppresses.

And so, that’s something that’s, I think, a little bit more sinister in the US, this kind of lack of ability to achieve that kind of solidarity. So, I think addressing them and navigating them, it seems more tricky for me than it does in Iran.

Shideh Dashti: Yeah, I totally agree with what Shawhin just said. When I think about the women’s rights side of the story, Iran is such a complicated country full of contradictions. Some really extreme rules have been in place for, you know, generations.

For example, when you go to Iran, as soon as the airplane lands, it’s announced that women have to get up and get their scarves out, and they have to cover their hair and bodies. None of us, you know, wear their hijab or practice Islam in that way. Or, many of us don’t. And then, well, you can, if your hair is showing, you can go to jail.

I have been to jail multiple times because my hair was showing or I was wearing new sunglasses that I wasn’t supposed to wear, and the morality police didn’t like it.

At the same, we’re dealing with a highly sophisticated, educated, and wise group of women who live in a country where there are very extreme rules against them. Even in the cabinet of the most radical president, he has several women working for him. And more than 50% of the university population are women. So it’s really only a matter of time before this revolution, and the system has to change.

Many Iranians who live abroad can sometimes be hesitant to speak out against the government there, especially if they make frequent trips back and forth to visit family. Why are the two of you deciding to speak out, and why are others speaking out?

Shideh Dashti: I can go first. It was a difficult decision. We go back and forth.

We know that you know, by going public giving out comments, arranging events, or protesting, we cannot go back.

So that was, that was a decision we made. We, see that 10-year-olds are going out, dying to defend their rights. Freedom of speech, thoughts, religion, and bodily autonomy. It’s, it seems ridiculous for us to care about our safety here in the US.

Shawhin Roudbari: Yeah. I think in many ways it was. I mean, we’re also partners in life, so the conversations for this were really, I think, challenging, but also obvious and quick.

And I think early in this movement, maybe weeks into it, people had the sense that this is something different. This is something that might, you know, this might be the thing that topples this regime. And so just talking with friends, there’s a sense of like, if not now, then when like this is the time to do it and this movement needs all the support it can. And any relatively, I’ll say for myself, relatively minimal sacrifice.

Shideh Dashti: Yeah. I’ll just add that there are many, there are so many people are organizing and they’re sacrificing their ability to go back. It’s, it’s just very different this time.

And she has this analogy of sort of like a, a rhizome, like, like mushrooms.. And there are many things that go into the success of a revolutionary movement that aren’t all visible.

They’re sort of like below the surface. And then some event happens like, you know, it rains and then you have this mushrooming and the thing becomes visible and legible to all of us.

I think, you know, showing up to movements, participating in teach-ins, organizing awareness forwarding things on, you know, social media accounts, following hashtags, amplifying in any way that we can think about and educating and informing people about this movement, translates to things that, you know, are, are sort of like the growth of, of this rhizome.

Is there anything else that you want to add or you think people should know?

Shideh Dashti: Just very quickly, I wanted to emphasize that

this is, this is not something that Iranians or Iranian Americans are asking as a favor from our American allies. We think our struggle is your struggle. We have a lot in common. There is so much inspiration that can come out of this movement.

It’s such a beautiful movement. It. Incredible. You know, you should see the way middle school girls even are going out and risking their lives, even, even younger than that. And, um, you know, the images that are coming out, the bravery. And that freedom is going to serve everybody. I think it’s worth your support.

Um, um, there are a few things that are time-sensitive. The most time-sensitive one is that there are more than 16,000 individuals that have been arrested, many of whom are children. Many of them are university students. They are facing a grave danger of being executed as recently, uh, signed in a letter by the Parliament. 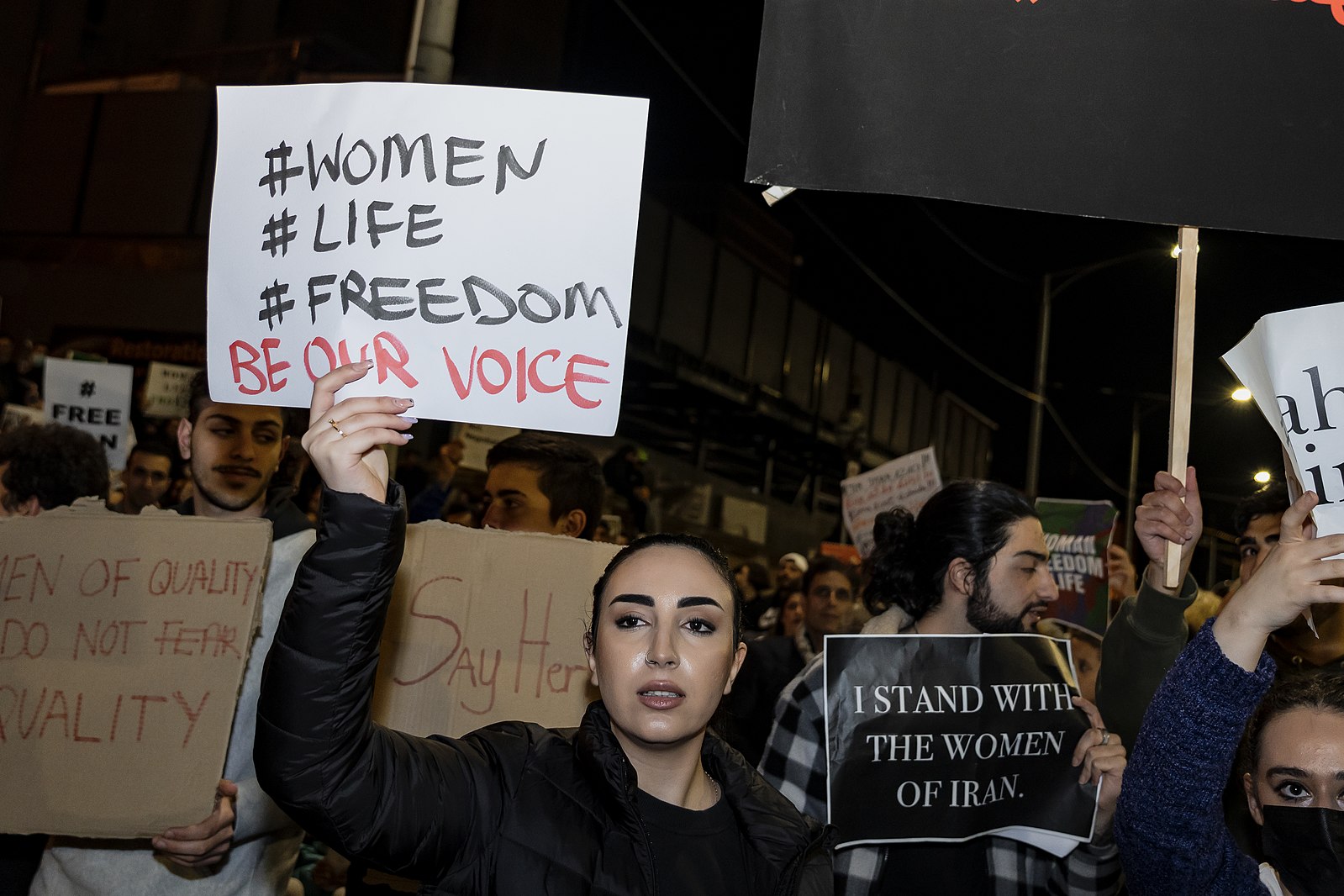 So, 16,000 amazing individuals. And anything you can do, any form of solidarity signing us, any documents, or pressuring our elected officials not to deal with Iran’s government to give them more power. For example, the nuclear deal, anything like that will be invaluable, and will mean the world to us.