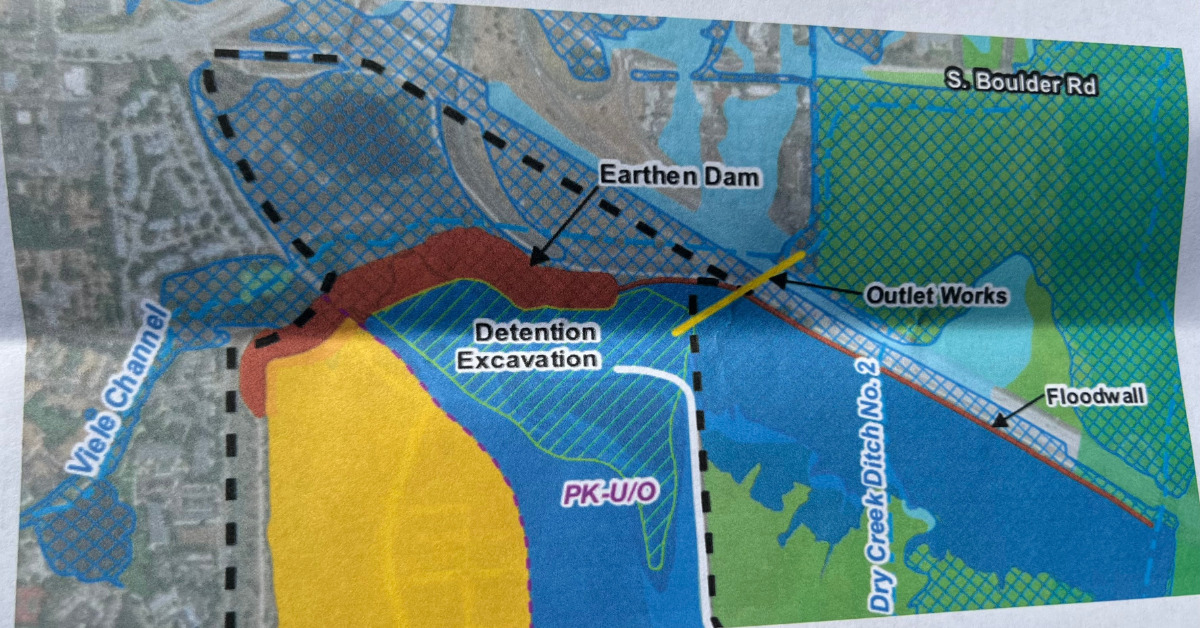 The Annexation of CU South

CU South Boulder is a 308-acre parcel of land at the southernmost city limit of Boulder. The former gravel mine has been undeveloped for over 20 years now. The university bought the land in 1996 and it’s been vacant ever since.

As part of an annexation deal that would allow the university to build on the land and access city services, CU Boulder has agreed to develop a flood mitigation project on part of the land.

But the annexation agreement has met staunch resistance from an organization known as Repeal CU South. They’ve successfully stalled the annexation over the years with petitions and ballot measures…and this year the annexation is up for a vote again.

“I’ve always been an environmentalist and a bird watcher, and so I’ve been coming here and watching wildlife for years and I just can’t bear to think of this plowed under and with a big stadium put on top of it because it’ll be gone forever and that just kind of gets me in the heart,” said Lecom.

Repeal CU South hosts regular nature walks to show other residents what may be lost if the city and university move forward with plans to create a flood mitigation zone, and build housing units and other university structures. Other permitted uses include the construction of a 3,000-person capacity sports stadium.

“We’ve agreed to a lot of the city’s requirements, including the height limitation. And it’s part of our overall sustainability commitments that we would be building to standards where which would minimize environmental impact,” said O’Rourke.

The current agreement is the end result of many years of negotiations between the university and the city.

Derek Silva, the university’s associate vice chancellor for business strategy has been at the table for many of those talks and says the school has agreed to meet Leadership in Energy and Environmental Design – or LEED – building standards.

“So that’s the minimum standard for development is we have to comply with LEED gold earth. They have to meet that LEED gold standard, uh, as well, uh, for any wetlands that we might, uh, displace in the development area as we do our development along the next 20 or 30 years,” said Silva. “We’ll have to replace those wetlands at the, according to the city’s wetland standards, which I believe is a ratio of about three to one. So we place one acre, we have to, we have to restore three acres, and that three acres we envision to be in the open space area that will, that will become open space on the property.”

The main thing the city gets out of the deal is a flood mitigation project. It will also get custody of 119 acres for open space.

But some opponents of the annexation agreement, like Steve Tulli, who lives near the CU South property, remain skeptical about the flood control design.

“One of the problems that I particularly am concerned about is the flood wall. They’re gonna put these big gravel trenches. Which are sort of like French drains on either big French drains on either side of the impermeable barrier, and then they’re gonna run pipes through. But the problem is that’s never been tested, one for groundwater. It’s only, it’s, there are two instances they could come up with, which was getting water out of a tail, out of tailings ponds for mining. Which means that you have a lot of water pressure coming down to push it through. And this groundwater is not gonna have that level of pressure. So basically what they’re gonna have to do is they’re, they’re running pipes through that, that the groundwater can presumably go through, We don’t know, but presumably it’ll, you know, go through at low pressure.

But to have low-pressure pipes there, when you do have a flood and the water builds up, now the pressure’s really high and it’s gonna blow out all of the gravel on the other side, right? And so now you’ve just destroyed it and you’ve built this big flood wall on top of it. What are you gonna do?

How are you gonna fix it? They have no plans for that.” asked Tulli.

Boulder’s city council approved the annexation agreement last year after lengthy negotiations and ballot measure 2F is designed to be the final word on the back and forth between those who support and oppose the deal. Councilwoman Rachel Friend has an insider’s view of the negotiations and says fears about floodwater diversion towards the highway and houses are unfounded.

“It’s illegal for us to design something that would do that and it would not get permitted. So there will be overseeing agencies who will go over everything with a fine tooth comb and we won’t be allowed to build it if that’s a possibility. The land was bought by CU in the mid-nineties and the city has been looking at it, you know, as a possible spot since the early 2000s. And then I would say after the 2013 floods is when we kicked into high gear because we saw that the flash flood. And that’s the kind of flooding that really quickly kills people cause it just sweeps you off your feet, sweeps cars away, things like that,” said Friend.

Boulder residents will be able to vote on the ballot measure 2F, titled Repeal of Ordinance 8483, regarding the annexation of CU South on November 8. A yes vote would repeal the annexation and put the brakes on the project. Whereas a no vote would allow the flood mitigation and development plan to move forward.