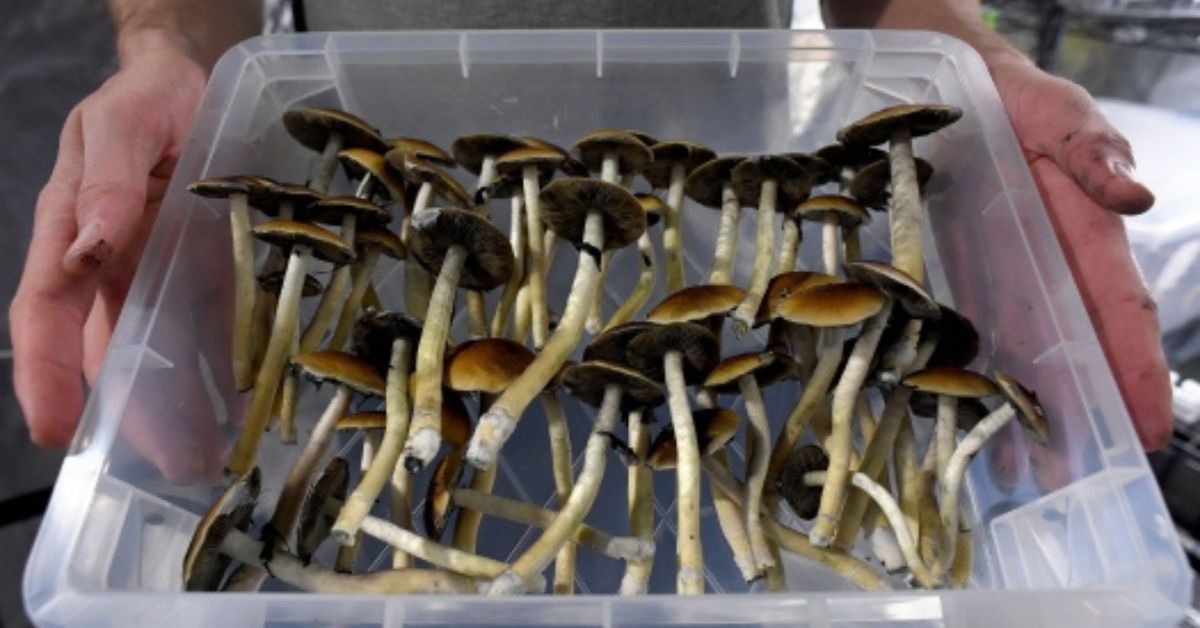 You are listening to the Morning Magazine on KGNU. I’m your host, Jack Armstrong. Coloradans will vote on the decriminalization of the use, possession, and growth of natural medicines commonly known as magic mushrooms in the upcoming November ballot. KGNU’s Claire Purnell spoke with Markian Hawryluk, senior Colorado correspondent at Kaiser Health News to get the backstory on Proposition 122.

Markian Hawryluk: Sure. There are two parts to this. One is decriminalization, which means if the police pull you over and find you’ve got magic mushrooms in your car or something like that, they can’t arrest you for that. They can prosecute for it.

Claire Purnell: Colorado was the first state to legalize marijuana. We are now the second state to possibly allow the use of certain psychedelics. Do you expect the path to legalization, if it is passed, of these psychedelics will follow and mirror the path of cannabis throughout the united?

Markian Hawryluk: I don’t think you’ll see the corner psilocybin shop as we see with marijuana. It could provide some treatments for mental health conditions, which, right now, we just don’t have really great answers for.

Claire Purnell:  I read your Kaiser Health News article where you talk a lot about Proposition 122 and what it could do for the mental health field. Tell me about that.

Markian Hawryluk: So the clinical trials are done under really strict protocols to see, first, the safety of these drugs and the effects. And, although the initial studies have been small, the results have been compelling. Studies are showing response rates that they just have never seen with pharmaceutical drugs.

A good treatment for depression, right now, might be 40% to 50% of people would react to that treatment. And it’s a drug that you would have to take every day and maybe for the rest of your life.

With psilocybin, we see these treatment effects after only one administration. So, people come in. They have their session, go through their therapy, and report significant progress in symptoms of depression, anxiety and PTSD. The effects last for months after treatment with psilocybin. Some patients report improved symptoms for three to nine months after their visit.

There’s also really good evidence in the trials testing psilocybin’s ability to treat substance abuse. For things like smoking cessation, alcoholism, and even some opiate-type drug addictions, psilocybin seems to sort of reset these patients’ brains. They’re able to break out of these negative patterns that they have been in, whether that’s for depression, anxiety, or substance abuse.

Now, the caveat here is that these have been small studies. So, we need to do these studies with a much larger group of people. And sometimes, when you do it in a larger group of people, the rarer side effects come out, and you realize, okay, this might not be a solution for these people. But, I do expect that it could get FDA approval and could be a new way that we treat these very tough to treat mental health issues.

Claire Purnell:  It’s interesting that the effects last so long. Especially because with other drugs, you pay for your refills every month, and there’s no permanent “better.” It’s ongoing. In these clinical trials, who would you say is the perfect candidate?

Markian Hawryluk: Clinical trials have been trying to find solutions for people who don’t have solutions elsewhere. So they’re looking at people with hard-to-treat depression, people who have gone from one antidepressant to another, and nothing seems to work for them. Studies are looking to see if psilocybin could be the answer for them.

Claire Purnell: Those in opposition to this measure worry that there’s not enough research to legitimize the legalization of psychedelic mushrooms and plants for medical and recreational use. Why should or shouldn’t we wait for more research to come out before we vote on this measure?

Markian Hawryluk: So the researchers are the ones who are really saying, “Let’s do this the right way. Let’s make sure we’ve done the research to show that this is safe and this is effective in these types of people so that this treatment can help the masses.”

You do have a lot of people who are concerned that if we open a certain door, like with marijuana legalization, while there haven’t been widespread negative ramifications, there have been some problems. And I think there are a lot of advocates that are saying, “Hey, let’s not rush into this and create a situation where we don’t know what the outcomes will be.”

So it’ll be really fascinating to watch. If Colorado passes this proposition, they would start with psilocybin, but by 2026, they could add things like mescaline and DMT. So, it could potentially open up a new range of treatments and treatment protocols that we haven’t seen for people that really need a lot of help.