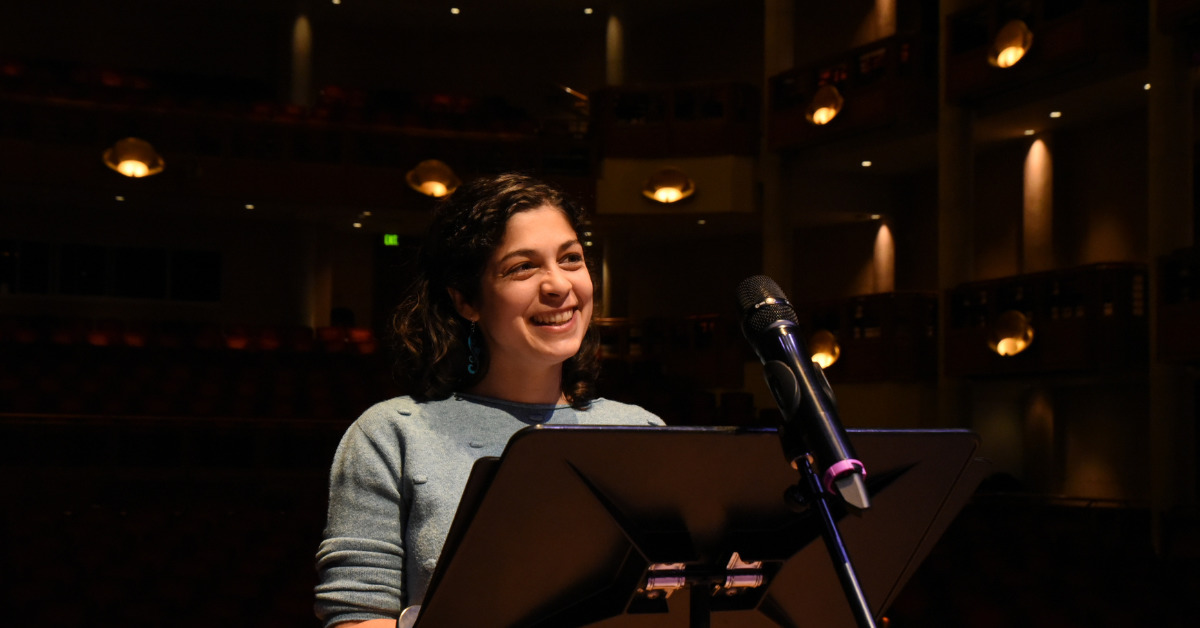 Motus Theater monologists have been busy this summer and have prepared special events for the month of September to provoke community conversation about issues of human rights in collaboration with Edica Pacha.

A set of 12 large murals with explanatory QR codes have gone up in Denver to put faces to the stories of Latin American immigrants in the Front Range. It’s part of an ongoing project by Motus Theater, featuring the personal, bilingual testimonies of monologists.

A special adventure of improvisational theater Power Playback where you share a short reflection or a story, and then watch professional improv actors enact YOUR story on the spot using movement, music, and dramatic spoken word will take place on Saturday, September 10 at the Dairy Center of the Arts.

A JustUs project with inspiring music, and challenging reflections on the state of the U.S. justice system to envision a ‘more perfect Union’ on Constitution Day, on September 17th, will bring together monologist Candice Bailey, and director of the Center for African Studies at CU Boulder Dr. Reiland Rabaka.