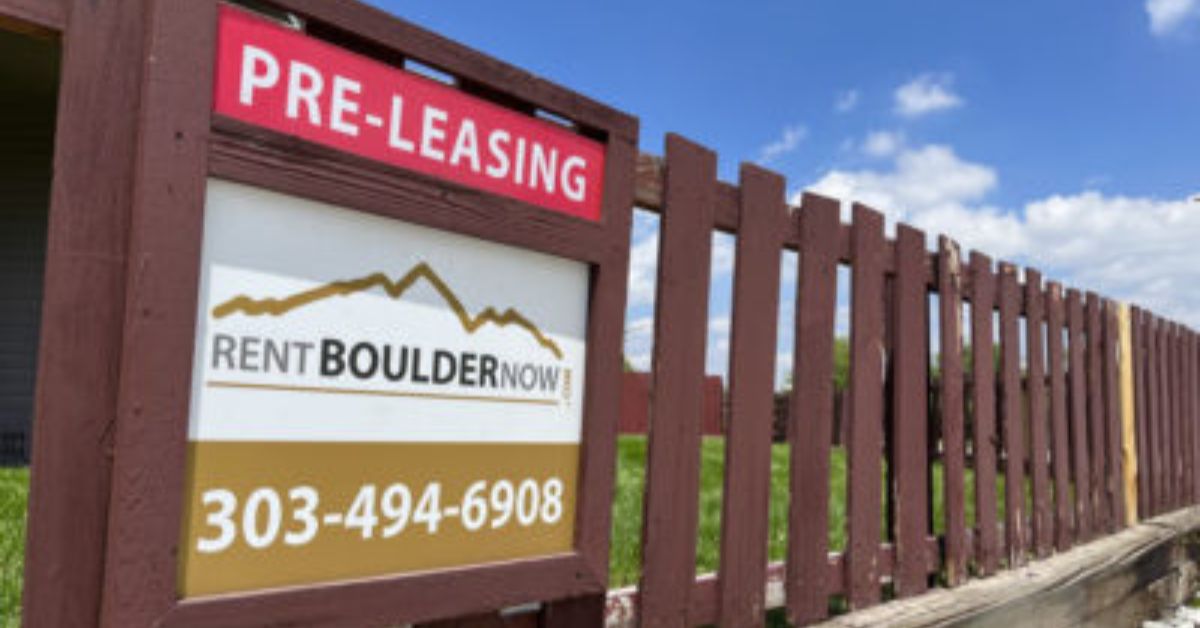 Across the US, living costs have skyrocketed in the past year. In Boulder, prices are exceptionally high. With the Marshall Fire contributing to an already severe housing shortage and a growing economy, average rent prices went up 15 percent between 2021 and 2022. A recent report from Apartment List found an average Boulder rental is 825 square feet and costs more than $2,200/month.

Many of the approximately 36,000 students who attend CU Boulder have begun looking for places to live outside of town. KGNU’s Luis Licon reports.

In 2021, the City of Boulder was considered to be the №1 best place to live 2021. We’ll many people call Boulder their home and the 39,000 students that reside here during the school year are no exception. Many students enjoy the ambiance of the city from recreation activities in Chautauqua to college football games at Folsom Field. Behind this beauty, there’s a dreadful truth.

Coming into the school year many apartments and housing options open up for newcomers to occupy available spaces. Usually, university students occupy available spaces to live in Boulder. But finding somewhere, where you feel at home and affordable can be hard for students. It’s no secret that Boulder has an incredibly tight housing market. High rents can particularly burden the budgets of those who live on a fixed income — like university students. We followed a student who attends the University of Colorado (CU Boulder). Ruby Guardado is now a senior at the university and has been through an unfavorable experience while living in Boulder.

When she ended her first year of college Ruby took on a position as a Residential Advisor at one of the University dorms where she would advise and help settle first-year students into college. This provided her with free on-campus housing. But the start of the pandemic in 2020 emptied out the residence halls and left Ruby looking for a place to live. She eventually found a place with her roommate in Boulder but it wasn’t the best place to live in regards to quality.

“It was tiny,” says Ruby describing her old home in Boulder. Ruby was paying $700 as her portion in rent per month for the unit. While living in her home in Boulder she described it as “run down” and “Not well maintained” and says that her landlord lived in the same home as her and her roommate saying that the “landlord was weird that he became like our roommate and like, he wasn’t paying as much as we were.” She didn’t feel welcome living in this environment which made her a little uncomfortable and in sight of a new place to live.

With her living situation not being the best of the best, she also started seeing “biases” while living in Boulder. She says she felt that commuting to school from her home was like being transported to a different world. “I started to notice a lot of like biases and like between the Boulder that I went to school in and the Boulder that I lived in…” describing it as if the effects of red-lining from Boulders’ past remain today “ I kind of just didn’t like switching, like the type of persona every day.” Some students without financial stability resort to accepting whatever they can afford. The stress and hurdles that students have to overcome in trying to find ways to live in Boulder take a toll on mental health and quality of life.

Ruby eventually moved out of Boulder to Broomfield where she says that moving gave her a boost in her well-being. She describes her home as being more open and spacious and excitedly says “my landlord is not my roommate anymore,”.

There are many resources that the university has offered students to help them find housing around the Boulder area including “rental education, free legal services, and listing services if students need a sublet.” that’s according to a university official.

Ruby expresses her concern that the university should do more to accommodate students who don’t earn as much financial aid as others, and that the city should do more to tackle the increased price of rent in the area. “..we don’t all get the same scholarships. We don’t all have the same privileges. Some of us are working two, two to three jobs just to keep it together.” said Ruby. Some in Boulder do blame the university for creating additional stress on the local rental market by expanding enrollment without building new student housing.

According to RentData.org, which relies on the Department of Housing and Urban Development data, rent prices in Boulder have increased every year by 13%. Even though the beauty of the city has attracted students from all reaches of the world with the promise of top-quality education in a vibrant college town, Boulder and the university seem unable to adequately address the evident housing shortage that is making the city inhospitable for many. This de facto economic segregation challenges the inclusive rhetoric so often favored by the city and university. This forces many students to decide and choose between their well-being and their wallets.

NOTE: Luis Licon reached out to a CU-Boulder spokesperson for comment while working on this story and was sent a written statement. The university spokesperson contacted KGNU after this story aired to request clarification/corrections to the following statements:

1. “The start of the pandemic in 2020 emptied out all of the residence halls and left Ruby looking for a place to live.”

Chancellor Philip DiStefano did state in a March 16, 2020 message that “effective immediately we are asking residential students to begin the process of checking out of the residence halls and moving back to their permanent homes.” However, Andrew Sorensen, Assistant Director of Communications and Spokesperson of CU-Boulder’s office of Strategic Media Relations, wanted to draw attention to “a process for those who are unable to leave campus to stay in the residence halls” referred to in that same communication.

Sorensen says, “that included RAs, as well as international students and any other current residents who needed ongoing housing.”

KGNU requested information on how many students were able to access accommodations that would have allowed them to continue to live on campus housing to the end the spring 2020 semester.

2. “The university cannot control what private landlords charge for properties, but some in Boulder do blame the university for creating additional stress on the local rental market by expanding enrollment without building new student housing.”

In that same time span, enrollment expanded by more than 6,000 students.

While those approximately 1200 units do not absorb the demand for housing created by expanded enrollment, the KGNU News Department regrets the error and has extended an invitation to the university to discuss student housing policies and planning on air.