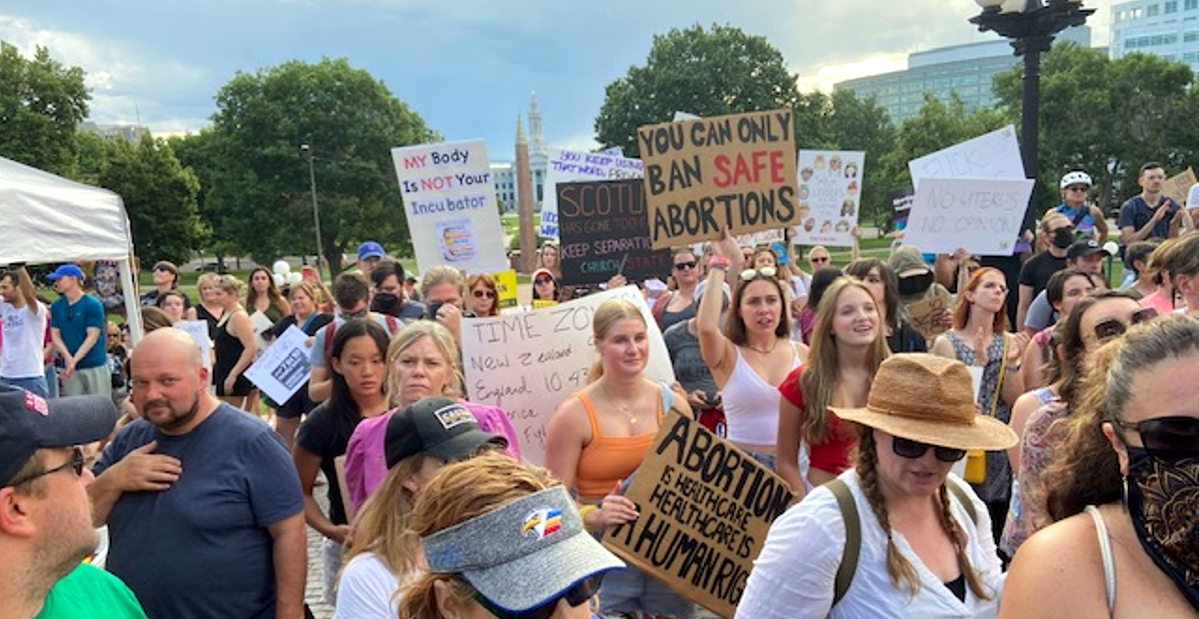 People across the country are still digesting the ruling handed down by a Supreme Court majority that effectively overruled a pillar of reproductive rights that had been in place for 50 years. While it wasn’t necessarily a surprise, it still sent out shock waves.

On today’s A Public Affair, KGNU News Director Shannon Young spoke with legal analysts Imani Gandy and Jessica Pieklo to parse through the meaning and the implications of the court’s ruling.

Imani Gandy is Senior Editor of Law and Policy for Rewire News Group and is the founder of the Angry Black Lady Chronicles.

Jessica Mason Pieklo is Senior Vice President and Executive Editor at Rewire News Group. She co-wrote the books The End of Roe v. Wade and Crow after Roe.