OVERBOARD by crime writer Sara Paretsky is her 21st book in her series about her legendary detective, V.I. Warshawski.

As this book begins V.I. is on her way home from an all-night surveillance job and is led by her dogs on a mad chase that ends when they discover a badly injured teen hiding in the rocks along Lake Michigan. 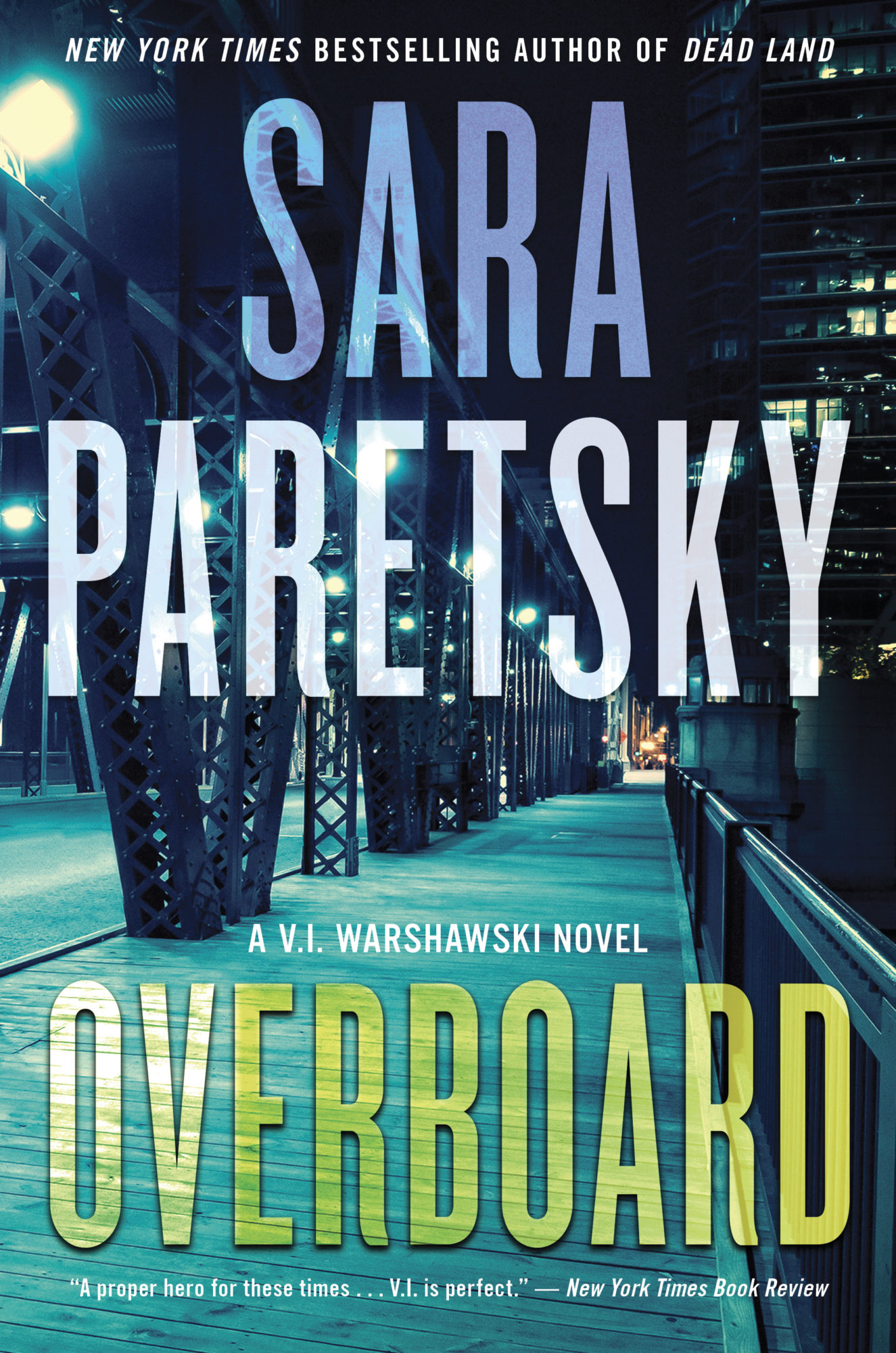 Credited with transforming the mystery through the creation of her female private eye, V.I. Warshawski, 40 years ago, Paretsky’s books are international bestsellers in 30 countries. She’s also the founder of Sisters in Crime and recipient of numerous awards around the world.

She’s advocated for women and the underserved for decades and works closely with literacy and reproductive rights groups.