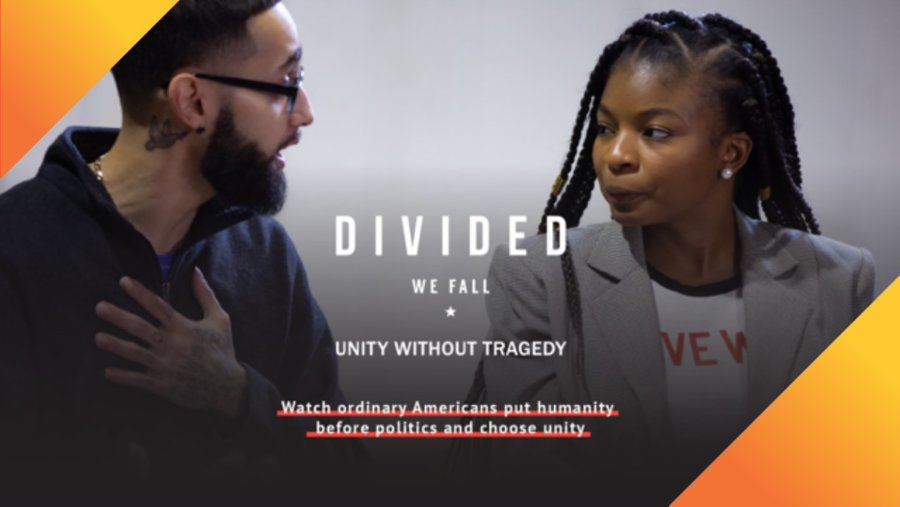 Divided We Fall: Unity Without Tragedy. New Voice Strategies proved on camera that despite divisions that are exploited and amplified on social media and cable news, by pundits and politicians, Americans are hungry for connection and unity. They want the core of our democratic experiment–“We the People” to succeed.

The film brings together people on the opposite sides of the political divide for a weekend and demonstrates that most Americans want something better than this divisive status quo and are ready to build a better country where we are able to disagree better and love one another, despite our differences. After the 1hr film, experience a panel discussion led by DA Michael Dougherty and 8 of the film’s cast members to discussion and reflect on strategies to build a better country as we negotiate political divides.

KGNU’s Rossana Longo-Better spoke with filmmaker Tom Cosgrove about how this film is trying to build bridges between Americans who are hungry for connection and unity.

Motus Theater has another performance of improv theater at the Dairy Arts Center on Saturday, where you can tell your story about your experience of COVID and watch it enacted on the spot by professional playback actors.