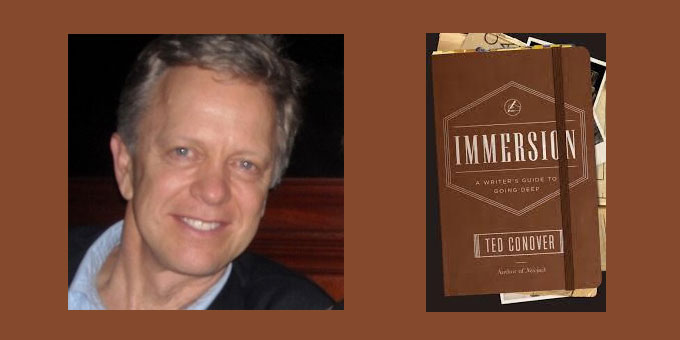 Ted Conover, who grew up in Denver, is the author of Immersion. A Writer’s Guide to Going Deep. He has ridden the rails with hobos, crossed the border with Mexican immigrants, and guarded prisoners in Sing Sing. Considered the master of immersion writing, Ted shares the how-to’s of his trade that he had to learn the hard way. How to get in, how to be ethical, and how to avoid being Googled are just a few of his topics. He also writes for top magazines. His latest from The Smithsonian is The Strike That Brought MLK to Memphis.

This conversation with Ted Conover took place several years ago. His newest book Cheap Land Colorado: Off-Gridders at America’s Edge, will be released later this year.