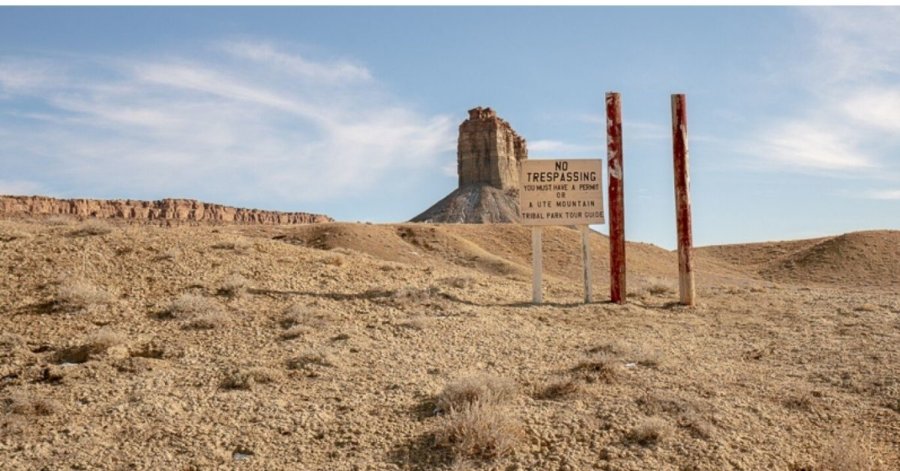 The Ute Mountain Ute tribe is moving towards an economy driven by renewable energy production after historically relying on fossil fuels. For instance, the tribe already supplements its electricity with solar power. And, Rocky Mountain Community Radio’s/KSJD’s Sofia Stuart-Rasi reports, the tribe is now looking into hydroelectric projects as well.

The Ute Mountain Ute tribe is one of three federally recognized tribes of the Ute Nation in southwest Colorado. And the natural scenery of the tribe’s lands is dreamy. Light winds breeze by cliffs. And there are canyons of all different shades that rise sharply out of the high desert landscape. In fact, the region is known for its steep mesas, as the reservation borders Mesa Verde National Park.

At the southernmost tip of the park proper, there’s a valley that drops down more than a thousand feet … A valley that holds a profound amount of renewable energy potential. This particular area is the planned site of a hydroelectric project that could produce more than 600 megawatts of electricity.

Scott Clow is the Ute Mountain Ute’s Environmental Programs Director. “The fascinating thing about hydroelectric projects is that they last a really long time,” says Clow.

The project being considered for Ute Mountain Ute reservation would involve what’s called a: closed loop pumped storage hydropower. And it acts similarly to a giant battery because it can store power and then be switched on and off as electricity is needed.

The project is a configuration of two water reservoirs at different elevations connected by a long pipe that passes through a turbine – think of it as the power of gravity. It can generate power as water moves from the top reservoir to the bottom reservoir, and through the turbine in the process.

But a lot of energy will be needed to bring the water back up to the top reservoir to do the whole system again. And the type of energy used to do that, makes a big difference with a project like this.

“In order to make it truly renewable then that energy to do the pumping needs to be coming from a renewable source,” says Richard.

Richard is not a part of the Ute Mountain Ute project but she is an expert in water in the Four Corners region. And she says there’s been problems with drier water years and the underground water aquifers that rely on precipitation to stay around.

She explains if you dig a hole and hit water, that’s a water table. And some water tables are sustained from rain and snow that seeps through the ground … which is something the Four Corners region doesn’t get a lot of. Pumping that water out for a hydroelectric project could actually be problematic under dry conditions.

“You’re taking groundwater, pumping it to the surface, where some of it may evaporate into the atmosphere. So, it’s a net loss to the groundwater system,” says Robert.

Bernadette Cuthair is the Director of Planning and Development for the Ute Mountain Ute tribe. And she says they’re looking into how they can decrease water evaporation rates in dry areas and make this project last as long as possible.

“And what I asked them to do was study floating solar panels on the reservoir so we can reduce the evaporation,” says Cuthair.

Cuthair also says based on a survey released to tribal members in 20-11, they’re working on making sure members are informed and open to easing hesitation to new technologies.

The Ute Mountain Ute tribe has a legacy with the oil and gas industry. And they have oil fields in the Four Corners region. Historically, the tribe has relied on revenue from fossil fuels like natural gas and oil. But that revenue has been decreasing for a long time and the tribe is looking into renewable energy like the hydroelectric project.

Scott Clow says they are still in the planning stages of this project, and doesn’t know yet what type of energy will be used to pump water between the reservoirs – either it be fossil fuels or renewable energy like solar from their solar field. But he does know it will be cost effective and it’ll help make the tribe’s energy sources financially profitable again.

This story is part of a Rocky Mountain Community Radio reporting collaboration on fossil fuels.