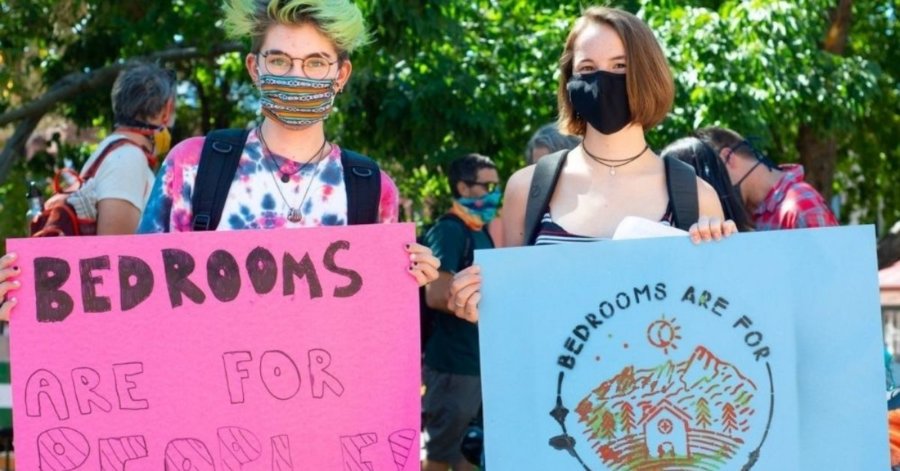 Housing costs in Boulder have been steadily rising in recent years while the addition of housing stock has not kept apace. Limits on building heights and preservation of the urban greenbelt are factors, but there’s also the matter of the city’s occupancy limits. Boulder’s occupancy limits are lower than those in Denver and half of the federal occupancy standard of two unrelated persons per bedroom in a rental property. An effort to raise Boulder’s occupancy limits was on the local ballot last election, but failed. CU students Abby Scheuermann and Ashley Hamlin looked into the issue for this report produced for The Brink series.