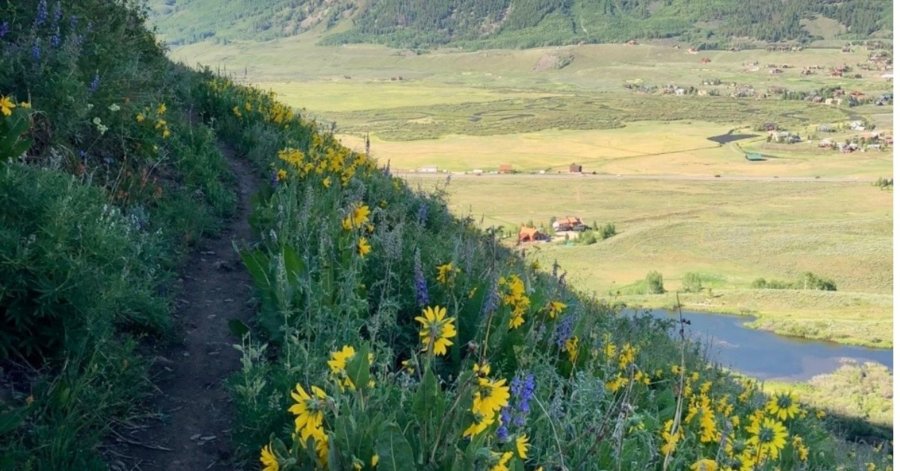 As the US transitions away from coal, many communities are looking to tourism to fill the economic gap left behind by a shuttered industry. Many other communities, began that transition decades ago, and now are facing new challenges. As KBUT’s Christopher Biddle reports, there’s a new initiative in the Colorado Legislature to rewrite some of the rules of the post-coal economy.

Gunnison County Commissioner Jonathan Houck assumed his leadership role just as the coal industry there was really bottoming out. The closure of two mines – one suddenly after a fire and subsequent collapse – was a big hit to the County’s tax base. Here’s how Houck puts it in perspective.

“If you equate what that meant to the economy here, and what that would look like to Denver, that would be like a company with 17,000 people leaving Denver…that’s a big deal.”

But luckily, Gunnison County had planned for this. Over the other side of Kebler pass is the Town of Crested Butte, once an outpost for the numerous mines of all sorts in the area. In the sixties, when the industry couldn’t sustain the town anymore, the locals successfully made the switch to skiing. In time, Crested butte also became a hub for mountain biking, and became famous for its wildflower festival held every spring.

In 2002, the County took advantage of a state law that allowed it to collect 4 a percent lodging tax. Again, Jonathan Houck,

“So that could be a hotel-motel a bed and breakfast, short-term rental, anything under 30 days, they pay that fee that tax. And that then goes into a fund that is overseen by the Board of County Commissioners…”

Who are then obligated to spend that money on tourism promotion…and it worked. Save for the great recession, the area saw steady growth in visitation for almost two decades. But tourism also began to take its toll on the community.

Waves of gentrification doubled and then tripled the cost of housing. The urban hordes trashed natural settings and eroded bike trails. Locals complained about a lack of diverse job offerings.

The community adapted to some of these concerns. Local organizers and volunteer groups took stewardship of the trails and other natural settings. The ICE Lab, a sort of training school for entrepreneurs, came right of federal money meant for communities transitioning from coal, and was meant to bring new and exciting jobs.

Still, the housing problem just got worse and worse. All the while, a growing contingent of residents were calling for a halt to marketing for tourism while the county delt with more pressing problems.

Then the pandemic hit. The system collapsed, and never fully recovered. The Town of Crested Butte declared an official housing emergency. Worker shortages closed businesses and the cost of housing shot up again, this time thanks to upper class pandemic refugees and zoom boomers who could afford to live here but weren’t going to provide a local workforce.

In a knee jerk reaction, County Commissioners turned off winter tourism marketing and used the money instead to promote the local college, because at least students could live in dorms and wouldn’t be adding to the problem.

Two years out, with the housing crisis in full swing, Houck wants to spend money on something that helps, not something that just doesn’t hurt. Which is why he’s asking the legislature to change the rules for lodging taxes.

Trust communities, they’re still going to market, they’re still want to bring people that are community, but at the same time, they want to grow the amenities that they need for the workers and for the landscape.

Of course, our mountain communities are great, and people are certainly coming to visit our mountain communities. And so there’s been a push by county commissioners and local governments to be to ask us to change the law so that they can use lodging tax revenue for workforce needs, like housing, childcare, community development.

That’s Representative Roberts speaking at a Town Hall event nearly January, before he and a bipartisan group of lawmakers introduced a bill that would open the door for lodging taxes to go somewhere other than tourism.

So that would be a really exciting, sustainable source of funding for affordable housing for our workforce or other workforce needs.

Roberts has bipartisan support with Republican sponsors in both the Senate and the House. The bill was orchestrated mostly by a coalition of Colorado counties and Houck played a major role in its writing. It’s not the first time he’s tried to push an idea like this, and he usually meets a united front from tourist industry leaders like Vail and Alterra. He thinks that this year, the situation has changed for enough communities that the bill will pass.

There is still one operating coal mine in Gunnison County, and coal still makes up a major part of the tax revenue. Its eventual closure may not be as big of a hit then with previous mines, because they’ll have new options.

This story is part of a collaboration between the stations of Rocky Mountain Community Radio. Stories focus on the transition away from fossil fuels.