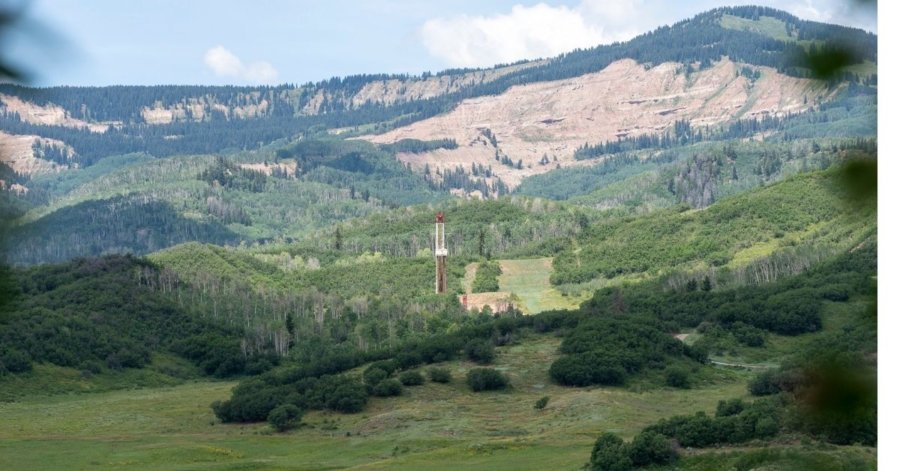 The Colorado Oil and Gas Conservation Commission regulates the oil and gas industry. They have been discussing whether companies should put more money upfront as a financial assurance – commonly known as a bond – to guarantee there is enough money for the state to clean up a well site if a company goes bankrupt or walks away. From KVNF, Chad Reich reports.

In 2019, the mission of the Colorado Oil and Gas Conservation Commission – or COGCC – changed from fostering to regulating the oil and gas industry. One of the measures the commission is evaluating is how wells are bonded, or guaranteed that they’ll be cleaned up when extraction is complete.

COGCC Commissioner John Messner says current financial assurances may not be adequate and, “that we need to undergo a rule making to evolve those financial assurance requirements.” If a company walks away from a site without cleaning it up, it becomes an orphan well. In those cases, it is the state’s responsibility to address, plug, remediate that particular
operation.

Bonds for wells are like deposits for rental apartments. When the operator is done at a site, they’re required to clean it up, like a tenant would an apartment. If that happens, the bond is returned to the operator. If they walk away, the state keeps the bond, and becomes responsible for cleanup.

According to Carbon Tracker, a nonprofit that monitors financial implications around fossil fuels, that leaves nearly $7 billion in uninsured wells in Colorado. One way to ensure operators clean up sites is to require companies to put up bonds that cover 100% of cleanup costs.

“Unfortunately, not all companies would be able to get to 100% full cost bonding, or it wouldn’t make good business sense for them,” says Lynn Granger of the American Petroleum Institute. “That would have a devastating effect on the industry in Colorado.”

Andrew Forkes-Gudmondson of the Denver-based advocacy group known as the League of Oil and Gas Impacted Communities (LOGIC) says nobody is advocating for that: “We want operators to work towards that full cost bonding amount over a reasonable period of time, that could be 5-10 years. But at the end of a reasonable pay-in period, we would like every well to be covered by a full cost bond.”

Out of Colorado’s roughly 50,000 wells, between 400-500 are orphaned. That pales in comparison to the 8000 found in Pennsylvania. Still, these sites can emit greenhouse gasses like methane or leak harmful chemicals into waterways and onto soils.

Oil and gas production is still on the rise. That means more wells will be drilled in the coming years and decades, even as renewables chip away at the energy sector’s market share.

“The oil and gas industry is at the whim of the global market,” says LOGIC’s Forkes-Gudmondson. “The vast majority of operators plug and abandon wells through cash flow. As they produce revenue they use that money to plug old wells. If they generate less revenue, they’ll have less to plug and abandon wells at the end of their life. Anything that could impact the value of oil and gas could stand to negatively impact cleanup operations in the state.”

As hazardous as they may be, these sites could actually provide some economic benefits to frontline communities, as the Biden Administration recently approved funding for cleaning up orphan wells.

“Plugging wells is an economic activity; somebody has to do it,” argues Dan Bisset of the non-partisan Environment and Energy Study Institute. “So to the extent there is any silver lining to this, it comes in the form of jobs.”

New rules are expected to be released the last week of February.