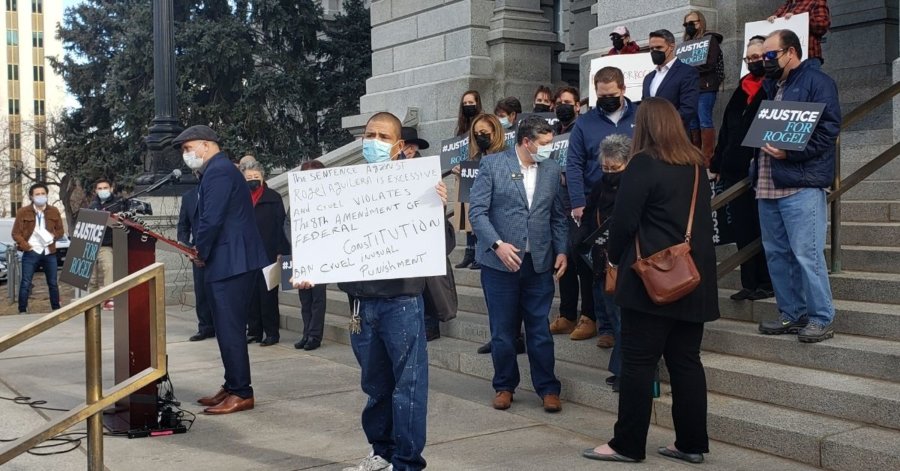 The case of Rogel Aguilera-Mederos has garnered national attention and sparked calls for sentencing reform. The truck driver was sentenced earlier this month under mandatory minimum guidelines to 110 years for a fatal pileup on I-70 two years ago caused by a brake failure.

Members of the Colorado Democratic Latino Caucus gathered on the west steps of the State Capitol yesterday with relatives and supporters of Aguilera-Mederos. They called on Governor Jared Polis to grant clemency and on colleagues in the state legislature to reform mandatory sentencing laws. KGNU’s Dave Ashton was on the scene and shares these sounds, starting with an interview with Colorado State Senator Joe Salazar.