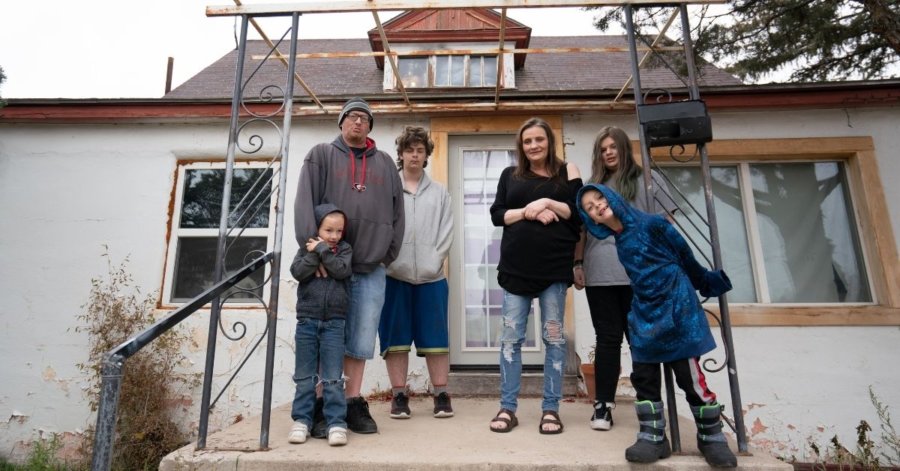 As the cost of living skyrockets, it’s becoming increasingly difficult to keep a hold on stable housing. So, how does the only shelter in Montezuma County, Colorado for people experiencing homelessness fit into the complicated housing crisis? KSJD’s Sofia Stuart-Rasi reports.

(This story is part of a Rocky Mountain Community Radio reporting collaboration on affordable housing, funded by the Solutions Journalism Network.)

It’s a Fall chilly, Friday night in Cortez, Colorado and The Bridge Shelter has just opened up at 6 in the evening.

The Bridge Shelter is the only facility within 40 miles that offers sheltering for people experiencing homelessness. And they’re a “seasonal shelter,” which means they are only open during mid-October till the end of April. The facility can hold up to 41 individuals during the night … providing separate areas for those who are sober and those who are intoxicated. Benjamin Harris is the Executive Director of The Bridge.

“The Bridge Shelter was started many years ago by a brave group of volunteers, here in Cortez, who were tired of seeing people freeze to death in the winter time in the park … and they started in the jail,” says Harris.

After moving through various locations, The Bridge has called a 2019 built facility: home.

As people are checking in for the night, you can see their relief that they will have a warm bed to sleep on tonight. And a homemade meal for dinner AND breakfast when they wake up.

“People have to survive … that’s what we are here for,” says Harris.

But there are limitations to what The Bridge Shelter can do to help people survive in a crisis.

According to Harris, low funding causes the shelter to have very limited open hours. For instance, after checking in for the night, people have to check out by 8 the following morning. And the Bridge shelter cannot bring in families into their facility because they accept sexual assault offenders … leaving some families stranded in their cars, on the streets or in encampments.

Justin Nortin moved to Cortez six years ago with his wife and kids. They rented a home in a duplex and Norton says they always paid their rent, even if sometimes it was a bit late. And then one day, Nortin says the landlord just didn’t want to work with his family anymore and evicted them.

“I just went into this deepest, darkest pit of despair,” says Nortin.

Nortin’s family was living out of their car or hotels. And Nortin says, social services were threatening to take his kids away from him because they didn’t have stable housing. In fact, Nortin’s family was split apart as the threats became reality and his kids were removed by authorities. And it shattered him and his wife where all hope was lost.

Kellie Willis, the executive director of the Pinon Project here in Montezuma County, says these family situations have been increasing over the last couple of years.

“Pinon has done emergency assistance for many years. But the last two or three years I have been like over my head in housing issues,” says Willis.

The Pinon Project is a nonprofit organization that provides services to thousands of families and children in Southwest Colorado. And in the past, they could provide affordable housing to families experiencing homelessness but now, there just aren’t enough houses that are available to be rented in the first place … affordable or not.

“We literally have no options for families right now. And it’s really hard to tell them that. And for individuals, not just families, but individuals, our streets, you can walk throughout our community, and you can see the signs of homelessness that we didn’t have previously,” says Willis.

Willis says The Bridge Shelter is helping folks that are in crisis and need a place to land for a night out of the cold weather. But really helping individuals and families experiencing homelessness due to the housing crisis has to include effective and supportive services like case management … services Nortin and his wife needed in order to help them get out of homelessness – and get their kids back.

“It gets so big that it doesn’t matter how hard you try, you ain’t getting out of it unless somebody are willing to help you,” says Nortin.

As the number of people experiencing homelessness is increasing due to the housing crisis, The Bridge Shelter will continue to provide warm beds, food and showers for people who are in crisis during their very limited open hours. And with more funding to the shelter, more can be done; like being open all year round.

“There’s a lot of hurt going on out there,” says Harris, the executive director of the Bridge Shelter.

And having compassion and respect for people experiencing homelessness is a step forward in the complicated and long awaited solution to the housing crisis here in Montezuma County.