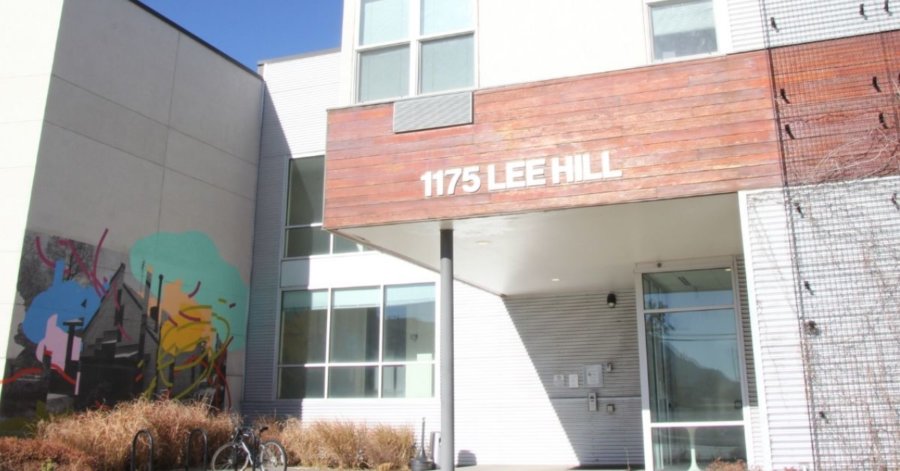 People experiencing chronic homelessness make up about 20% of the unhoused population. Many approaches to homelessness restrict access to services based on certain so-called self-improvement criteria. But some service providers are attempting to shift the narrative with a different approach; by offering housing first. KGNU’s Alexis Kenyon reports.

Fifty-three year-old Robert Myers, whose name has been changed to respect his privacy, lives in a 31-unit “Housing First” community in North Boulder called Lee Hill. The city rents all the units to people who have been chronically homeless.

The Lee Hill community was Boulder’s first experiment with a housing first approach to homelessness, which prioritizes getting people housed over sobriety or workforce programs.

Michael Block, the chief housing officer for the Boulder Shelter for the Homeless, says the problem with pathologizing homelessness that it doesn’t help people get off the street and it leaves the most vulnerable people without support.

“The problem is, when we were making criteria like you have to be sober, we weren’t inspiring sobriety,” says Block. “We were filtering people.”

According to Block, a “housing first” approach says the best approach to homelessness is getting people housed.

The Housing First approach has proliferated in recent years. The Office of Veterans Affairs began using it about ten years ago. Homelessness among veterans has since dropped by half.

Cathy Alderman of the Colorado Coalition for the Homeless says they convinced Denver officials with an economic argument: “We would make proposals to say, look, we can house individuals for around $20,000 a year. And if we leave them to use emergency rooms and the jail system and detoxes and shelters, it’s going to cost upwards of $40,000 a year per person.”

SIB ended up saving Denver millions of dollars and 99% of the people they housed remain in the program. But getting people on board with Housing First means changing the narrative around homelessness.

“I would say that a lot of homelessness has a lot more to do with luck than with choice,” says Lindell Ellingson, a resident coordinator for Boulder Housing Partners. “It turns out that when people aren’t living on the streets, getting exposed to more trauma every day, they can make big shifts in their lives. And as a community, you can save money.”

The next big challenge for Housing First is getting it funded at a national level. “Homelessness is not being addressed nationally and so it exists in these pockets,” says Block. He cites a recent survey that found 83 percent of people who are homeless in Boulder became homeless somewhere else first. “The causes are all national and the politics, the impact is all local.”

Even so, since Boulder switched to a Housing First approach, it’s made a huge difference: “Hundreds are housed and supported and I think our community needs to be unbelievably proud of that.”

Back at Lee Hill, Robert says since he moved in, his health has stabilized, although he still struggles with a tremor which came on aggressively when he was homeless.

“One of the biggest emotions I’ve had over the years is a lot of anger at people because they don’t get it,” he says. “They don’t get what it’s like to go through a period where you just don’t have anywhere to go. They have a bed to go home to at night. For homeless people, it’s not like that.”

Robert says when he first moved into Lee Hill there was a lot of tension about whether housing homeless people was a good idea. But recently that’s shifted.  “I think we’ve just fallen on such hard economic times. Everyone’s being squeezed now , it might go a long way to all of us being compassionate to each other.”

In Boulder and in Denver, Housing First programs continue to grow. Their success has pushed homelessness to the top of the agenda for local and state lawmakers. Still, getting everyone who is chronically homeless off the streets, Boulder, Denver and the rest of the U.S. have a long way to go.

This story is part of a Rocky Mountain Community Radio reporting collaboration on affordable housing, funded by the Solutions Journalism Network.