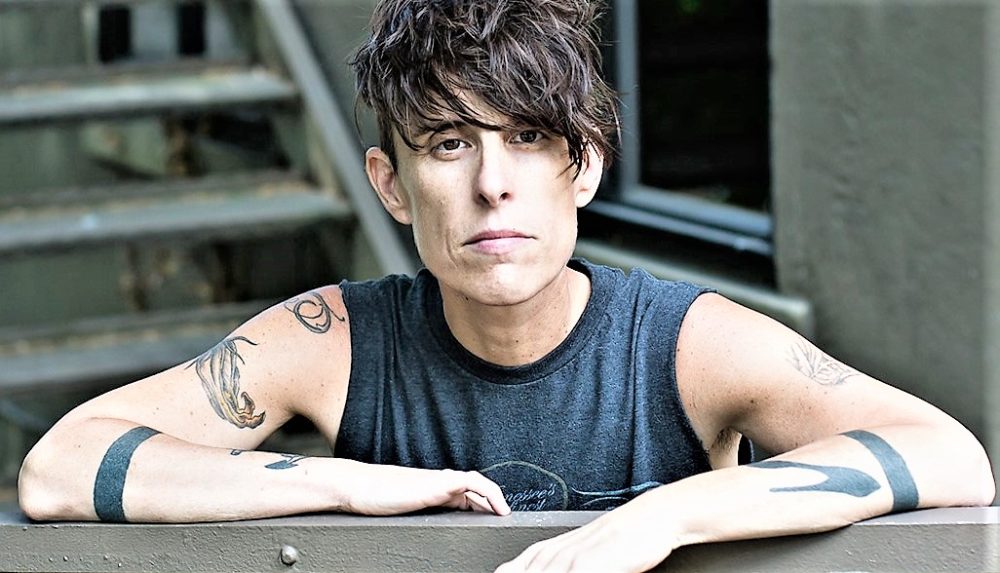 Andrea Gibson and Megan Falley join forces to educate, entrance, warm and amuse us on this segment of OutSources. They talk to you, the listener, and to each other about social justice issues, performing, and love. They will tell you some poems you will want to hear.

Andrea Gibson (image above) has been a Boulder spoken word poet since 1999. They have been picking up awards and building popularity like a rock star ever since, culminating in winning the first ever Woman of the World Poetry Slam in 2008. Andrea is an author of four poetry books and seven albums; and they about to release a fifth poetry collection. They are a previous member of longstanding, local performance group, Vox Feminista.

Megan Falley came to Boulder two years ago from New York City. She is an award-winning, queer femme author of three poetry books and about to release a third poetry collection. She is co-founder of of touring group, SPEAK LIKE A GIRL and creator of the online writing course, Poems That Don’t Suck. She presents workshops on performance, body positivity, oppression, and Title IX.

Both Andrea and Megan’s poems cover a broad spectrum of social justice and queer issues.

This is a rebroadcast from August, 2018.