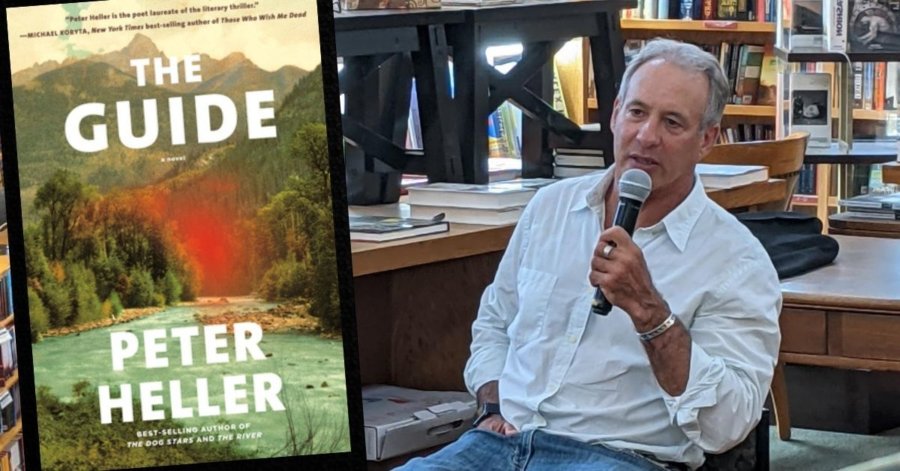 The August 2021 selection for the Radio Bookclub has been The Guide, a thriller from Denver author Peter Heller. The book, set in Colorado, features Jack, a character we previously met in Heller’s book The River. Jack is hired as a fishing guide at Kingfisher Lodge, nestled in a canyon on a mile and a half of the most pristine river water on the planet, known by locals as “Billionaire’s Mile.” But sinister things are happening at the lodge as Jack finds out.

This conversation was recorded live at the Boulder Bookstore on Wednesday, August 25 and aired on KGNU on Thursday, August 26 at 9am.

Listen to more of Heller’s interview in our podcast-only edition Afterhours at the Radio Bookclub, where he talks about the impact of losing a parent at a young age on his writing and parenting.

The Radio Bookclub is a collaboration between KGNU and the Boulder Bookstore. Every month, Arsen Kashkashian, head buyer at the Boulder Bookstore, selects a book to inspire listeners to read along together. The author will then join us in-studio for a discussion that airs the fourth Thursday of every month at 9am.