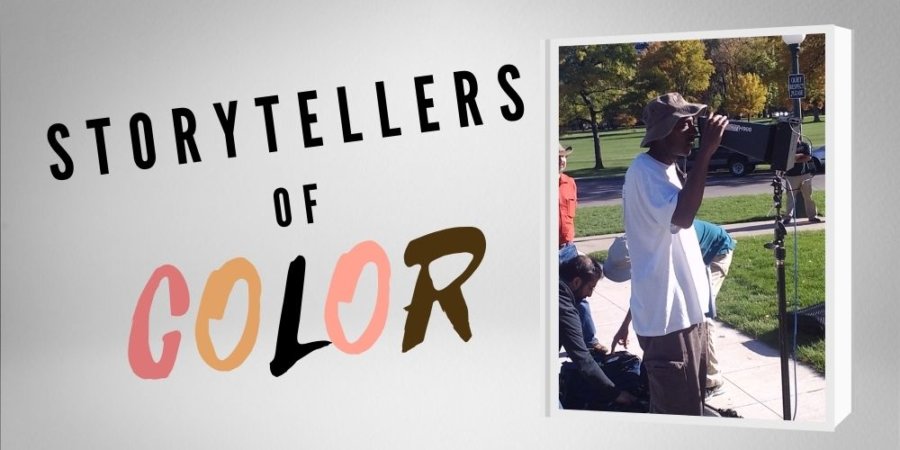 Our new monthly show, Storytellers of Color, airs on the second Monday of each month as part of A Public Affair on KGNU. The main goal of the show is to provide a safe space for communicators of color, through a series of conversations to elevate their voices and discuss issues of equality in the media. The show is inspired by recent gatherings of various working groups, including Latinx Voices, organized by Diamond Hardiman from Free Press’ News Voices Colorado Project, and Journos of Color Network led by Tina Griego, reporter, editor, and coach from Colorado News Collaborative.

On this second installment of Storyteller of Color, KGNU’s bilingual equity reporter, Rossana Longo-Better, speaks with award-winning filmmaker Davon Johnson. Johnson is a film director and producer from Denver, whose The March for Freedom 1963 received the “Special Award for the Best Short Film” at the 2015 Italian festival, A Film for Peace. Johnson joined us to discuss his new documentary, Ira Frederick Aldridge is Othello and how his admiration for Ira Aldridge continues to inspire his pursuit and passion in cinema.

Johnson started his filmmaking career in 1989 with a short documentary on Paul Stewart, the founder of the Black American West Museum. Johnson is also the founder of two film festivals. Among other accolades, Johnson was the first African American from Colorado to have a film screened at the Denver International Film Festival. His films have been screened in festivals around the world, including the Dallas Art and Film Festival, and the Hiroshima International Amateur Film and Video Festival, where he was awarded two silver medals.

Johnson’s new documentary, “Ira Frederick Aldridge is Othello,” released in 2020, chronicles the trailblazing life of Ira Aldridge, who travels to Europe to be an actor. As people in the film state, Black actors, artists, musicians “stand on the shoulders of Ira.” In the words of Devan Johnson, “Ira Aldridge was one of the most gifted actors to walk the earth.” Born in 1807 in New York City, Aldridge was the son of free parents who in his youth developed a “deep interest in Shakespeare.”  Knowing that it would be practically impossible to succeed as an actor in the United States, he traveled to England in 1824, where he became the first Black man to play Othello – a character who is actually Black.

The Storytellers of Color series is a collaborative effort, with an open invitation to other storytellers to come into our airwaves, to tell their stories, and to occupy the safe space that we are providing every second Monday of the month.