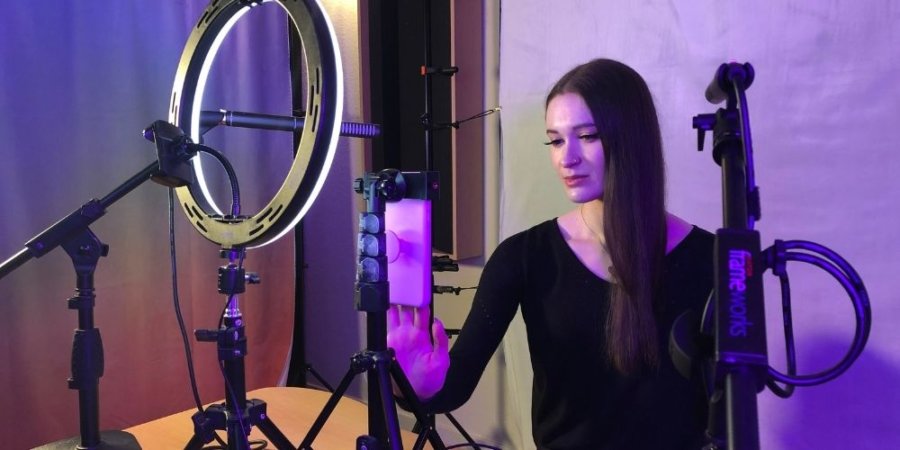 Have you heard of ASMR? Put simply, it’s an increasingly popular genre of video and audio recordings intended to induce relaxation, calm, and help with sleep. KGNU’s Hannah Leigh Myers visited the studio of a popular local ASMR creator to discuss ASMR and the value these videos provide millions of ASMR fans worldwide.

ASMR stands for “autonomous sensory meridian response”. For some, ASMR videos trigger an effect described as a tingly pleasant feeling originating in the back of the head or neck.

CeCe is an ASMR video creator, also called an ASMRtist, from Boulder, Colorado. Cece isn’t her real name but it’s the name she goes by on her Dreamscape ASMR YouTube and TikTok channels. She started her ASMR channels during the COVID-19 pandemic in early 2021. Now, just a few months later, her channels have become very popular, amassing over 350,000 subscribers between the two platforms. That’s popular enough to make a full-time living creating ASMR videos.

ASMR videos can include high-quality sound recordings, hypnotizing hand movements, calming story-like roleplays, or all of the above. While not everyone gets the ASMR tingles, a larger number of people still find the videos relaxing, especially in times of stress. That was the case for CeCe.

“ASMR really pulled me out of a dark time in my life. I was going through a lot of depression, anxiety, night panic attacks, insomnia, and when I really started getting into ASMR it completely took all that away.”

It’s estimated that there are well over 13 million ASMR videos on YouTube alone. Considering many of those videos are between 30 minutes and many hours long, that’s a lot of free, calming content available for anyone who could benefit from some relaxation.

“I have some friends that have ADHD and it’s the only thing that helps them focus during work,” says CeCe.”They listen to it all day at work and it helps them stay focused and calm, especially if they have really stressful jobs.”

ASMR is such a new concept there hasn’t been much research on it to date. But in 2018, a study published in the journal PLOS One, which included 110 participants – around 50% of which experienced ASMR – found the people who did show a positive reaction to ASMR experienced a drop in heart rate by 3.31 beats per minute while watching ASMR videos. According to the paper, as a mental health tool, that puts ASMR video watching above most “mindfulness/acceptance-based intervention[s] for anxiety.” CeCe says ASMR provides a type of mental health care she’s happy to be a part of.

“I have a couple videos, especially on TikTok I have a whole playlist…and on YouTube as well, talking about panic attacks, grief… comforting you through negativity. I receive comments like, ‘hey, my husband just passed away last week and this is the only thing that’s helping me’ or ‘I was really suffering with panic attacks and I woke up and found this video and this really helped me’. It’s really fulfilling to get those comments and feel like I’m making an impact.”

Not sure if you experience ASMR? Maybe you watched a few videos and you’re not sure it’s for you. CeCe says she didn’t like it at first either but she recommends continuing your search for the right creator. “There are so many different niches of ASMR and you just have to find the right lane for you. You have triggers, no talking, a lot of the stuff I like to do is the character videos, there’s stuff specifically for anxiety and panic attacks, just tapping is a huge category… I also think you just have to find the right creator for you.” 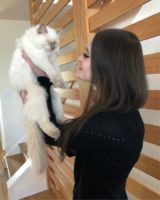 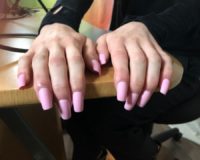 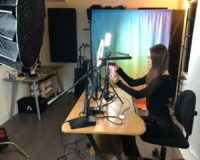 @dreamscapeasmrReply to @ww.sandra.com I taught myself how to draw anime eyes for this video 😁 ##fyp ##asmr ##asmrroleplay ##interactive ##art♬ original sound – Dreamscape ASMR