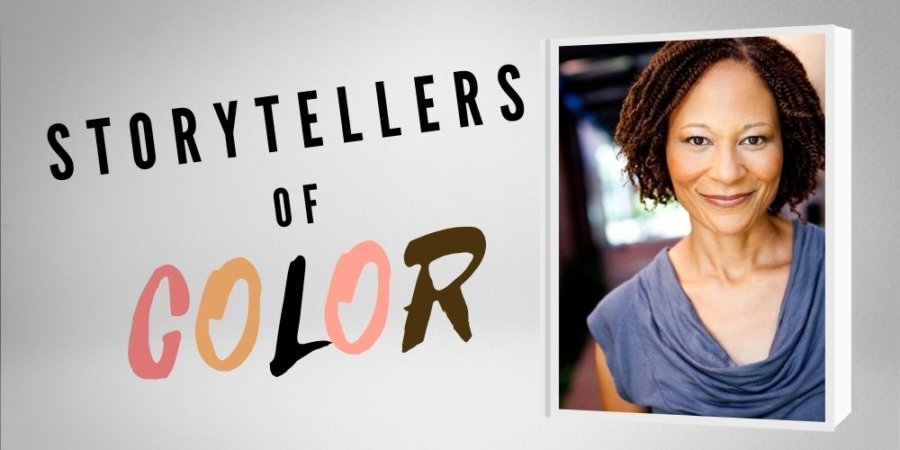 Our new monthly show, Storytellers of Color, airs on the second Monday of each month as part of A Public Affair on KGNU. The main goal of the show is to provide a safe space for communicators of color, through a series of conversations to elevate their voices and discuss issues of equality in the media. The show is inspired by recent gatherings of various working groups, including Latinx Voices, organized by Diamond Hardiman from Free Press’ News Voices Colorado Project, and Journos of Color Network led by Tina Griego, reporter, editor, and coach from Colorado News Collaborative.

Rossana Longo-Better, KGNU’s bilingual equity reporter, hosts this inaugural Storytellers of Color show and with a guest close to home, former KGNU volunteer, Jennifer Mabry. Mabry is a journalist, writer, artist, and media scholar who has spent years at the often-challenging intersection of race, gender and media.

“I got my start in broadcasting and communication at KGNU. It has probably been about four decades since I started, in high school. It was very serendipitous. There was a show, one of the longest running shows at KGNU, called “Eclipse: the shedding of a blacker light.” It was started by three CU students in 1978.  It is a program that airs every Sunday night; it plays rap music R&B. That’s how it all started. That was at the height of when rap was, sort of, you know, coming out of the Bronx and coming into the mainstream.” says Jennifer Mabry.

Mabry holds a doctorate in communication from the University of Maryland, with a concentration in media and society, and a master’s degree in TV-Radio-Film from the Sy Newhouse School of Public Communications at Syracuse University. Her commentaries have appeared in publications like The New York Times, The Progressive, and the BlackList, among others.

Jennifer Mabry, an African American, shared her experience about how she has succeeded in a system that was not built for her. Recipient of many awards and scholarships, she is part of the inaugural cohort of fellows of the TRENDS Reporting Fellowship, a program supported by the Community Foundation of Boulder County, KGNU Radio, and the Knight Foundation. Mabry is a producer, speaker, actress, and author of the forthcoming memoir: Fighting to Be Seen: A Civil Rights Baby Reflects on Life in Post-Integration America. 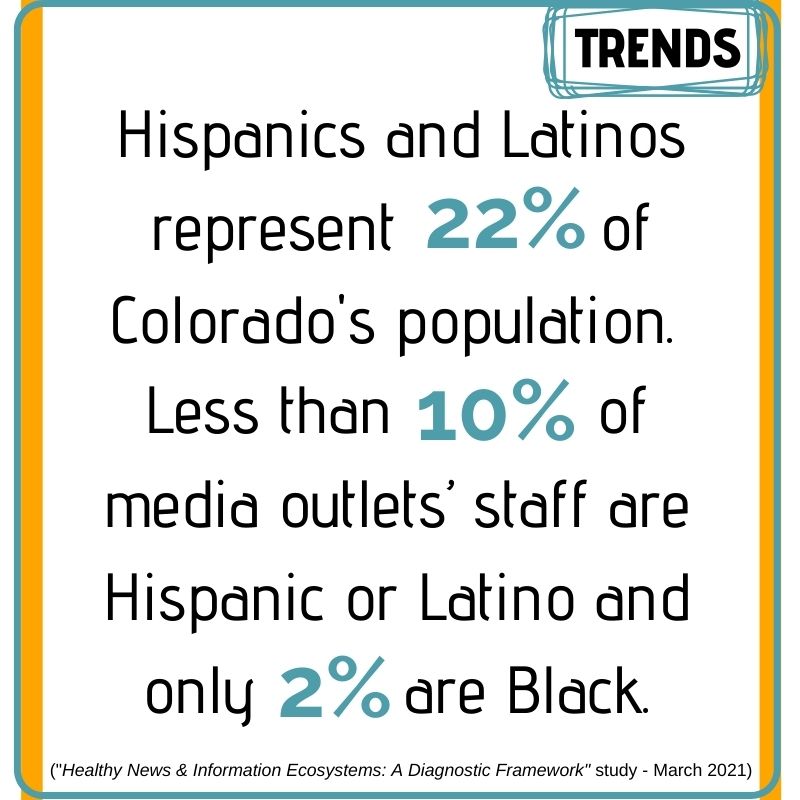 In our first-ever show, we discussed the lack of representation of journos, reporters, media producers, storytellers of color, and the need for their work in our society.  We asked Mabry if she saw a need for change.

“Change is happening slowly,” says Mabry. “And at the same time, the past year there seems to have been an acceleration in this area as well. Mainly because the murder of George Floyd and the pandemic really highlighting the inequalities that exist because of systemic racism throughout every industry and every corner of our society. … it’s a little disheartening because I think that the media at large really kind of dropped the ball in the late eighties, early nineties, because they thought that, by then, you had many more blacks in media; not a lot but, relative to the numbers of, white men and white women who were working, but mostly of course, always white men.”

She continued, “But then, I think that they thought, ‘oh, well, we’ve achieved equality and it’s done.’ And you see that in the last three or four decades things bubbled up under the surface and they came to explode, or implode, last year. So I think we will always have to be vigilant of our work. I don’t think it’s a one and done.”

Mabry also commented on the need for these diverse voices in the media.

“Obviously we need information,” she says. “That’s how we learn about our communities and know what our government is doing, and what’s happening in the private sector. If we don’t have journalists, we wouldn’t evolve and know, again, what’s going on in our communities and be able to make decisions.”

“So many killings of unarmed black people, and police not always being held accountable, obviously, you know, George Floyd is the first. The conviction of officer Chauvin. That is, you know, that’s a first in American history in 400 years, so we had organizers and young people and activists holding Minneapolis to account. That’s important, right? And you need journalists to bring those stories to us.”

The Storytellers of Color series is a collaborative effort, with an open invitation to other storytellers to come into our airwaves, to tell their stories, and to occupy the safe space that we are providing every second Monday of the month.