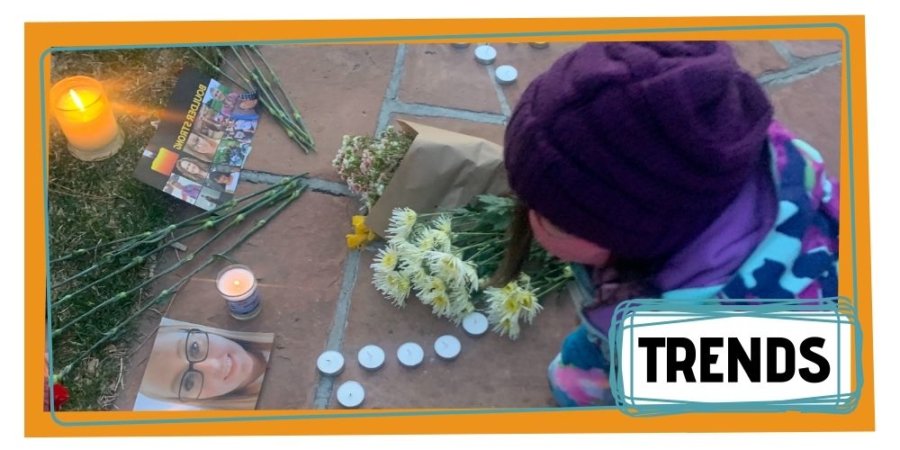 The TRENDS podcast is a collaboration between the Community Foundation of Boulder County and KGNU. It dives deep into the community’s most pressing issues and explores the changes happening throughout Boulder County through the experiences of community members, especially those often rendered invisible by commercial media, to shed light on community challenges, solutions, and pathways forward for the county and the country.

Listen to this TRENDS podcast episode below:

Subscribe to TRENDS on iTunes to get new editions automatically. Also on Spotify and Stitcher.

Gun Violence, which President Biden has called an epidemic in America, continues to affect the youth of color across the country.

According to CDC data for 2019, in Colorado young Black males aged 15 to 34 are 12.6 times more likely to die by firearm homicide than their White counterparts. Colorado also ranks among the ten states with the highest suicide rate in the country.

These shocking statistics are provided by Sabrina Arredondo Mattson, PhD, a Senior research associate at the Center for the Study and Prevention of Violence, a part of the Institute of Behavioral Science at CU Boulder, where she has been conducting research about gun violence in youth since 1995. 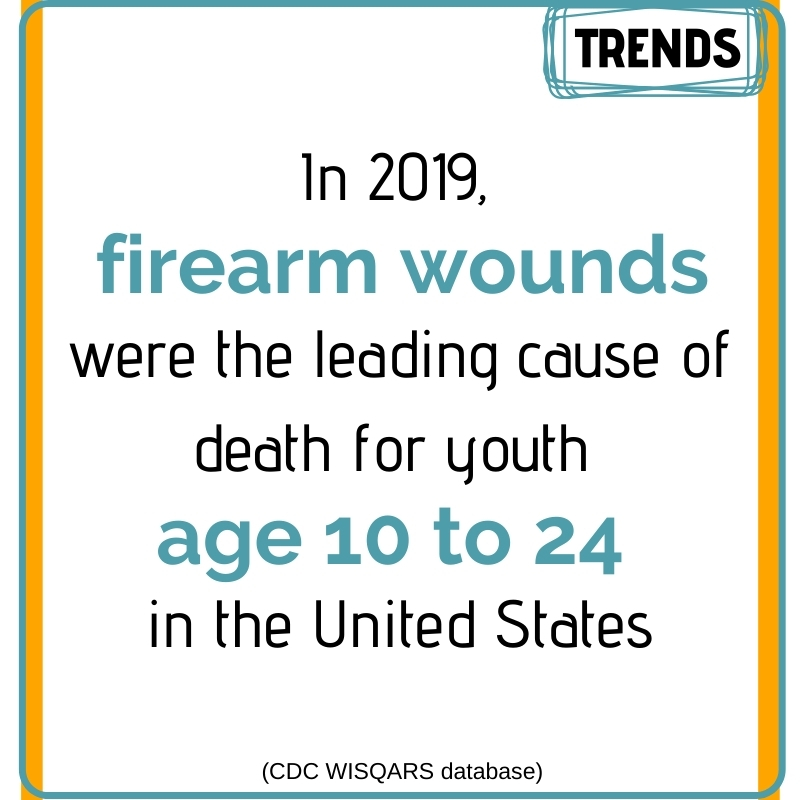 According to Arredondo Mattson, there are particular challenges in addressing youth gun violence in communities of color because of structural issues that create inequalities among different groups.

“The problems of youth violence and firearm violence are magnified in hybrid communities and communities of color. There are ideologies, institutions, and policies that foster structural violence and create unequal power that perpetuate social, political, and economic conditions that harm some groups and privilege others. For example, concentrated poverty, structural racism, limited services, and over-policing of low-income black neighborhoods are challenges that make it difficult for communities to provide the protective factors that are needed to promote healthy youth development and reduce risk factors that undermine healthy youth development,” said Arredondo Mattson.

On March 22, the shooting in our Boulder community refocused our attention on many issues about gun control. At an event organized by Students Demand Action and by Moms Demand Action for Gun Sense in America, KGNU spoke with Sam Weaver, Mayor of Boulder, to discuss some of the policy initiatives being debated at the City and State level.

“There’s 40,000 gun deaths a year in the United States, and we should be preventing every one of those, so better background checks is one way to do that. 25,000 people a year are suicides by gun. And so anything that we can do for having something like a waiting period, so that people who are suicidal, who want to go buy a weapon to kill themselves will have time to think about that decision, in addition to background checks and an assault weapons ban, is a waiting period,” said Weaver.

Moms Demand Action for Gun Sense in America has been in existence since 2012, formed in response to the Sandy Hook shootings in Connecticut. It’s a national organization with volunteers in all 50 states with currently more than 6 million members. There are 14 groups in Colorado, with 3 in Boulder County alone.

In 2013, the Colorado Legislature passed three separate gun sense laws: prohibition of high capacity magazines; a universal background checks law on gun sales, mental health reporting and a judicial process for those who are barred from owning firearms and want to contest; and a fee for background checks.

These highly contested laws came about as the result of the Aurora theater shootings in July 2012, and the Sandy Hook shooting in December 2012. As a result, 2 legislators were recalled and a third resigned. No other gun sense bills passed the legislature until 2019, when Moms were influential in getting the Extreme Risk Protection Order (red flag) bill passed. The 2 bills approved by Governor Polis this spring, which are awaiting congressional approval, are the Lost/Stolen bill, and the Safe Storage bill. Moms worked with legislators on both. A waiting period bill is getting ready to be introduced as well.

We have learned about some of the research under way to identify root causes of gun violence, as well as some of the legislation that is being considered to help slow down this epidemic.  But, ultimately, it all comes down to people and their communities, and how we are dealing with the effects of gun violence.

KGNU attended a vigil for the victims two days after the King Soopers shooting. There, we spoke to Marcus Bright, a community organizer intent on making life more bearable for neighbors, friends, and families across the country. Bright perceives problems in the current approach to solving gun violence in America.

“Focusing the conversation first on policy and last on community is a mistake,” he said. “I read about the shooter and I saw that they had been dealing with mental health issues for a very long time. And I think about the fact that they did not have a community to rely on to help them not do that. And I think about the fact that it has impacted the rest of the community because of that. I can’t give a solution because no solution can come from any one person. It comes from the community and it comes from having those long, hard conversations,” Bright continued.

“My worries with every shooting and every confrontation with violence is that we will use it as an excuse to increase policing and not to ask people what they need, what can help them, what is actually affecting them… I don’t think that policing will prevent [shootings] from happening. I think what is important is being able to create a context in the community, in a society where it can’t happen.”

As our Boulder and greater Colorado community continues to mourn our losses from the latest mass shooting, and as we recover from multiple shocks from Columbine to Aurora to Boulder, we must take the time to come together as one community and have those long, hard conversations that Marcus Bright mentions. As we face our pain and fear, we must also face our future with resolve and vision to make sure this moment is not wasted and forgotten, and can lead to real change.

The TRENDS Podcast series is made possible with support from the KGNU Listener-Members and the Community Foundation for Boulder County.

In the Trends Podcast, we explore how gun violence continues to affect the youth of color across the country. In this follow-up, panel discussion, Moms Demand Action for Gun Sense in America volunteer Helen Kamin spoke with Miranda Showen, Avan Renbeck and Hannah Sanders of CU Boulder Students Demand Action about Gun Violence and how they have been mobilizing to act upon what President Joe Biden has called an American epidemic.

Watch the TRENDS panel for this episode below: