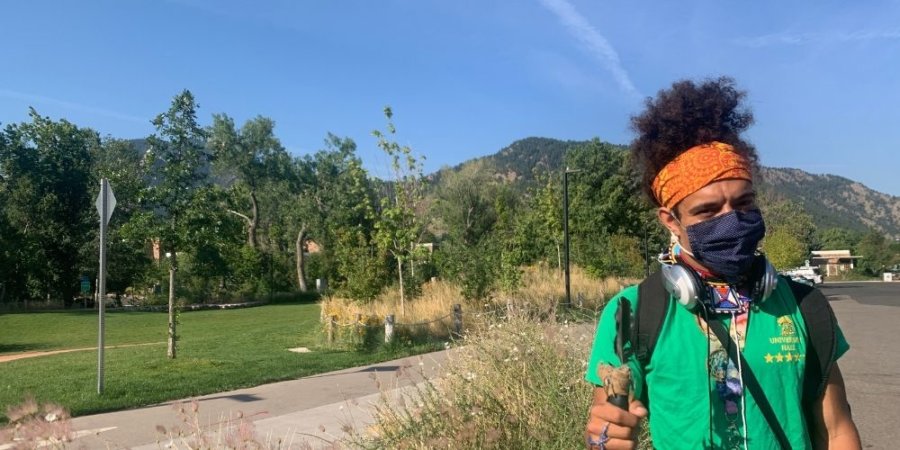 Two years ago, Sammie Lawrence thought he was within his rights when he began filming Boulder police questioning some folks in a park who were there because they were part of Boulder’s homeless community. But one of the police officers took exception and arrested Lawrence. KGNU’s Roz Brown says now, nearly two-years later, Lawrence has responded by filing a lawsuit against the City of Boulder.

“All along, the city, or at least the city attorney has said this was a fine officer and there’s no reason to be going to court or having settlement discussions but we find that this is a very important First Amendment case,”

Attorney Dan Williams of Hutchinson, Black and Cook, is co-counsel on the lawsuit.

“We have made some efforts to resolve this without filing a lawsuit,” said Williams. “Darren reached out to the city in December 2020 but got no response and now we’re coming up on the two-year anniversary of the incident and that creates statute of limitation issues so that’s why we filed now.”

The Boulder police officer involved in the incident was Wayne Lolotai. Lolotai quit the police force last September and had previously resigned from the Denver Police Department during an excessive force investigation that included a separate lawsuit. In fact, Boulder hired Lolotai while the Denver police department was still investigating him.

“Boulder has spoken a lot about racial equity and valuing diversity but we have heard from people of color who say they’re repeatedly harassed by the police – which is something you don’t hear from White citizens. That’s a disparity because it’s not who Boulder says it is and that means the city needs to change the culture of the police department.”

O’Connor says during the investigation the officer claimed he tackled and handcuffed Lawrence, who is Black, because he was wielding a weapon when in fact it was a cane used for his disability.

“Part of the alleged reason for telling him to move away was because they claimed his walking aid was a weapon,” said O’Connor. “You know, he broke down in tears, recounting this experience at a city council meeting and what it meant to him and was essentially mocked by Councilmember Mary Young, who said she thought his remarks were ‘just a bit of a theater.’ So he just hasn’t been taken seriously and unfortunately, litigation is where that ended up.”

Williams says there are serious concerns with the city repeatedly saying Lolotai was a fine officer.

“This is a police officer who went online repeatedly and glorified acts of violence by police against citizens around the country,” said notes Williams. “He posted ‘Use of Force Fridays’ on a website and congratulated officers who committed violent acts against citizens. So if the city of Boulder thinks that has the makings of a very fine officer – then the police department has a problem with racial equity and respecting people’s rights.”

O’Connor says Lawrence considered moving away from Boulder after the incident but is still in town and staying connected to the community. The city has said it cannot comment on the pending litigation.

O’Connor says it’s encouraging that incidents like the one Lawrence experienced are finally being recognized on a broader level.

“Last year, with the death of George Floyd, we basically had the entire nation taking to the streets to protest police violence,” said O’Connor. “And here in Colorado, the State Legislature passed Senate Bill 217, which sent a clear message that this kind of behavior from police will no longer be tolerated.”