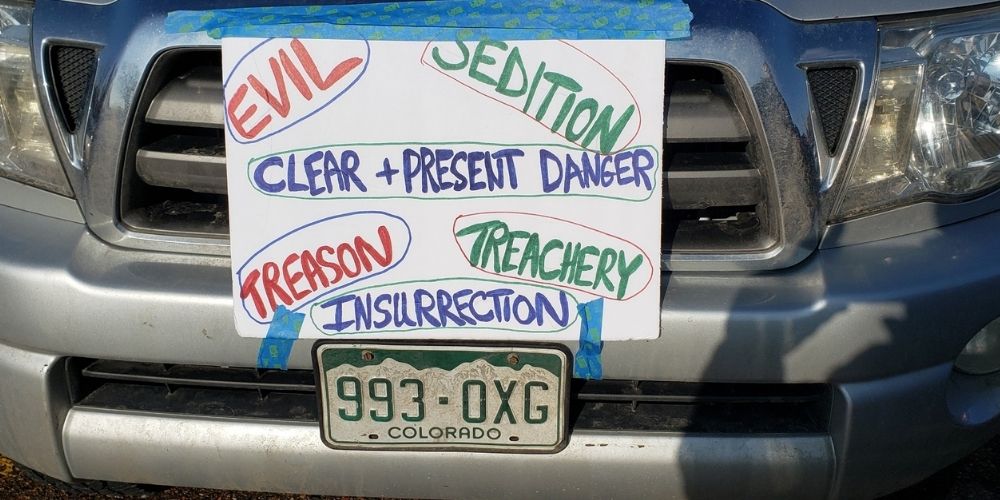 Rallies took place all over Colorado this past weekend calling for Donald Trump to be removed from office over his inciting the violent insurgency in Washington DC last Wednesday.

A “Remove Trump Now” car rally and parade took place in Denver on Sunday at South High School, where members of the public and elected officials gathered.

Denver Public School Board member Tay Anderson hosted the event that featured speeches by elected officials such as Attorney General Phil Weiser who called for Trump’s immediate removal from office.

“What happened last week was the unthinkable,” said Weiser. “It was a president urging a riot, a mob, an attack on the Democratic Republic itself. It cannot be allowed to go unchecked, this president must be removed from office.”

Anderson read a message from  Representative Diana DeGette, a Democrat from Denver. “What took place in our nation’s capital this week was not a protest, it was an insurrection. The president of the United States, standing blocks away from the US Capitol urged his supporters to lay siege on the building to try to stop us from certifying the election for his opponent. He attempted to bring down our government because he lost an election.”

DeGette is one of the Democrats co-sponsoring a resolution to impeach Trump.

Rally participants stayed in their vehicles and tuned in to hear the speakers on Anderson’s Facebook live stream.