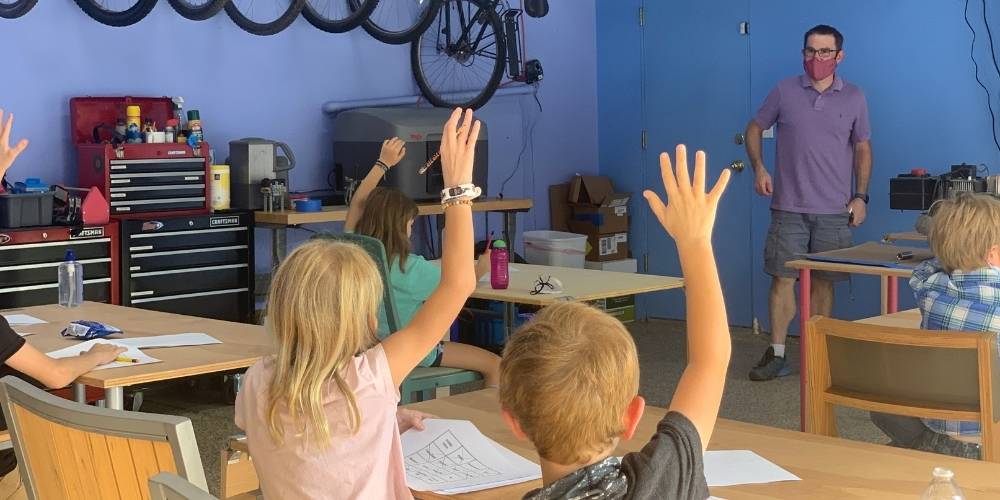 With most school districts shifting to virtual instruction as COVID-19 cases rise, Governor Jared Polis announced a “back-to-school task force” to help schools offer as much uninterrupted in-person learning as possible in the spring.

Colorado does not have a statewide strategy for opening or closing schools during the pandemic. Instead, each district makes its own decision based on guidance from state education and local public health officials.  Polis says the task force is an attempt to “be more hands-on” in providing support to school districts.

As KGNU’s Rossana Longo reports, some parents decided at the beginning of this school year to send their kids back to school and others decided to create alternative educational situations for them.

Joanna Rosenblatt, the mother of Columbine Elementary students nine-year-old Kaylee and six-year-old Evan, has chosen to keep her kids at home since school started last fall. Joanna and her husband, Michael, decided to start a science class in their garage.

“Michael has just been waiting for the right time to teach his kids things that he enjoys doing himself,” says Joanna. Michael is a product designer and innovator.

The Rosenblatts sent an email to their children’s closest classmates, and in less than 24 hours they filled their “garage” classroom with the eight students they decided would be the limit for safety reasons.

Out in the open garage during a sunny afternoon, the kids are engaged in a robotics class. Today, the kids are learning to use iPads to program robots to move. Michael was concerned with his kids’ online learning experience, noticing that they were only getting through a fraction of the school curriculum.

“Even with schools and teachers being incredibly versatile and everyone’s really stepped up to the challenge but there’s still a lot of challenge being remote… so we thought it would be neat to create alternative educational experiences,” says Michael, whose classes focus on innovation and science.

The Rosenblatts had been holding classes in their garage every Tuesday and Thursday afternoon until Boulder recently went to level red restrictions. Until restrictions are eased again, they plan to continue the classes via Zoom, with the next project to design cookie cutters using their 3D printer. 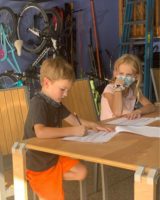 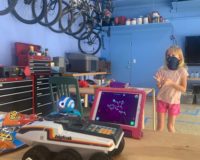 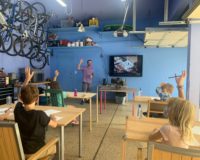