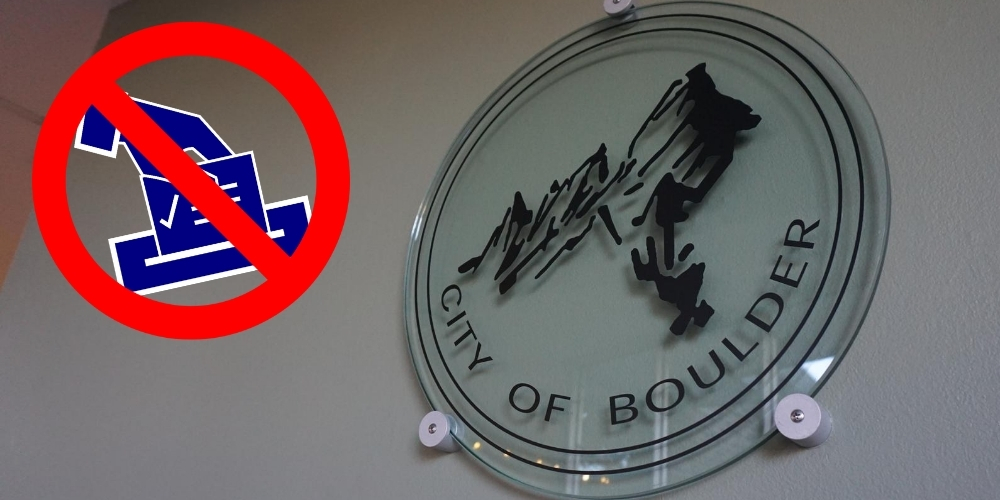 Three measures Boulder residents had hoped to place on the November ballot through direct democracy are still in limbo after hours of conversation by city council Tuesday night.

Bad advice from the city attorney’s office combined with the unexpected coronavirus pandemic has created a messy process this year. The three groups representing Save South Boulder, Bedrooms Are for People and Our Mayor, Our Choice all received erroneous information from the attorney’s office about when signatures were due. They were given an early August deadline but two weeks ago the city attorney said the deadline was actually June 5, and they’d miss it. The attorney said the miscalculated deadline was due to confusion between city and state election laws. During public comment, Vadim Graboys spoke on behalf of Bedrooms Are for People, a measure that would revise Boulder’s current law that prohibits more than three unrelated people from living together in most parts of town.

“I’m shocked and dismayed that city council is considering not putting these measures on the ballot,” said Grayboys. “It’s incredibly unethical that these grassroots organizers risked their lives during a pandemic to collect signatures and are then told they can’t appear on the ballot due to a technicality,” said Graboys.  “It’s also not fair to Boulder voters because I’m sure those risking their lives to sign the petitions expected them to go forward. And it’s not fair to taxpayers because not putting the measures on the ballot will surely invite a lawsuit – one the city is likely to lose.”

Speaking of lawsuits, as soon as public comment was over, councilman Bob Yates spoke up.

“The city received a letter from a law firm today (Hutchinson Black and Cook) threatening to sue us if council doesn’t put Bedrooms for People on the ballot,” said Yates. “I find it quite unfortunate that we’ve come to this.”

Councilmember Adam Swetlik weighed-in on how the city ended up in such a place.

“We’ve punted this occupancy issue for several years, and to me it’s a failure of public process when we don’t tackle the hard issues because then we reach these really weird points,” said Swetlik.

Councilmembers were not shy about expressing their dissatisfaction with the proposed ballot measures. Some argued that Bedrooms Are for People, and Save South Boulder don’t belong in the city charter. Others believe the ballot language of Our Mayor, Our Choice is flawed and needs to be reworked before it goes to voters. Boulder Mayor Sam Weaver said he would not be willing to refer the measures to the ballot should groups not collect enough signatures.

“To me, we have to look at the content if we’re going to refer them to the ballot,” said Weaver. “I could not in good conscience refer Bedrooms Are for People or Save South Boulder to the ballot unless they get the necessary signatures,” said Weaver.

“We have the authority to place them on the ballot,” said Brockett, “and I’m looking at fundamental fairness and good governance. The city gave these petitioners guidelines – and the petitioners did their best to comply with those guidelines.”

“Something really doesn’t fit right with me to say, ‘Well, you missed the deadlines – you should have known,’” said Friend. “It isn’t accomplishing the spirit of what direct democracy is about.”