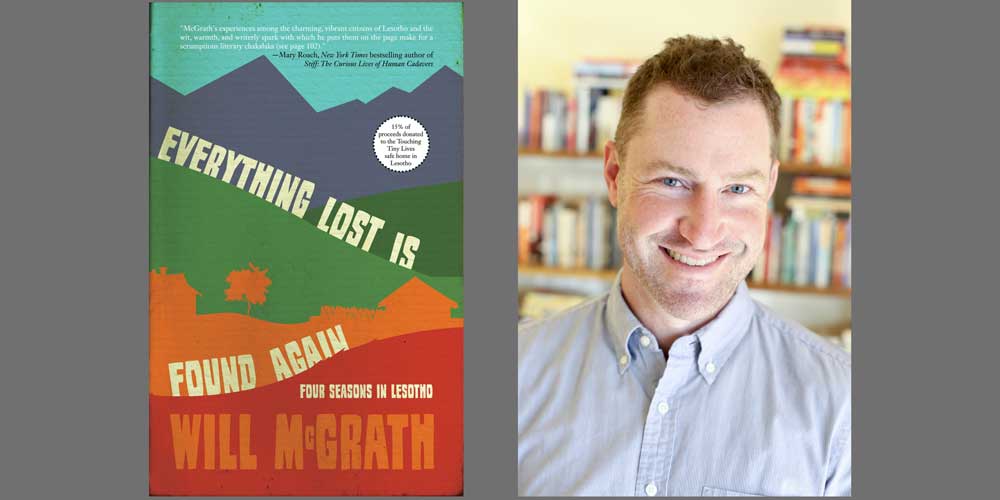 Will McGrath, author of Everything Lost is Found Again, tells the story of the twenty months he & his wife spent in Lesotho, a small high-altitude kingdom that is surrounded by South Africa.

While his cultural anthropologist wife’s job in AIDS research drew them there, Will became a teacher in a high school and keen observer of local families and customs. Divided by seasons into a collection of more than 2 dozen essays, Will’s thought-provoking words introduce us to a country most of us have never heard of.