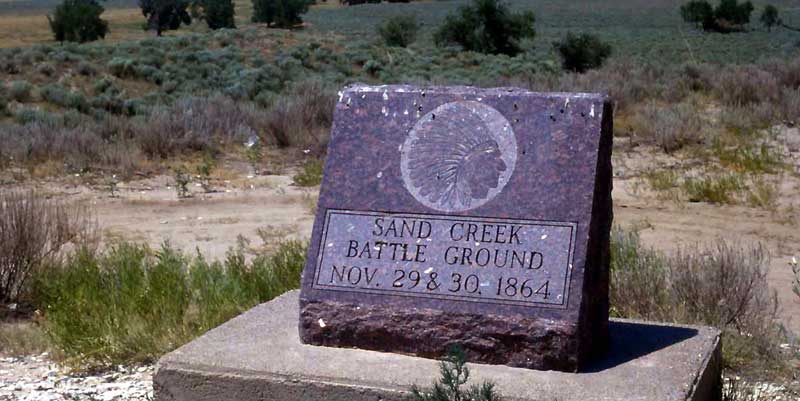 The Brink is a radio storytelling project about what is needed to transition to a more just environment and society, which tells stories of inequality, struggle and transformation. The word “brink” has dual meaning: that which exists at the margins and a critical turning point. The Brink is a project of Assistant Professor David Ciplet’s graduate course Power, Justice and Climate Change in the Environmental Studies Program at CU Boulder, in partnership with KGNU and the Just Transition Collaborative. Listen to previous Brink reports here.

Emma Layman & Marianne Shiple, from CU Boulder, were curious about the history of the Fort Chambers site, where Boulder militiamen trained for the Sand Creek Massacre. What happened on this land and what’s being done with it today? They spoke with members of the Native American tribes that once lived in Boulder Valley and Right Relationship Boulder, a local organization working to acknowledge and build relationships with Native peoples. In this radio story, the Fort Chambers site is discussed, what it means to the Native Americans whose ancestors once inhabited the land, and reparations the city has planned moving forward. 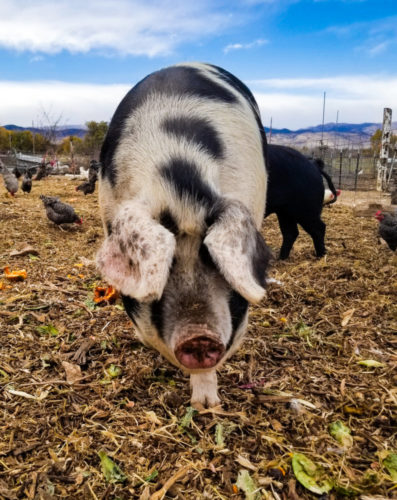 The Future of Farming

Farming in the United States, while as critical as ever, is facing some serious challenges. At the forefront of this are young people who are trying to enter the field–literally–and make a living by growing the food that we depend on. According to the National Agricultural Statistics Service, the average age of farmers in Colorado is over 57 years old. Meanwhile, there are many new farmers trying to master the practice before our current growers retire. Lauren Dunteman and Sarah Newman, both masters students at CU Boulder, spoke to some of Boulder’s young farmers to try to understand the challenges they face.

Environmental Activism in the COVID-19 Pandemic

As the COVID-19 pandemic escalates, we have all been forced to abandon aspects of our lives that we previously took for granted. One of the unexpected impacts of the national stay at home orders: the illegality of public gatherings and the subsequent impossibility of in-person environmental activism. Despite this impactful change, the environmental activist community is alive and well.  Elana Epstein and Elizabeth Stanton take a look at how activism is adapting to the changes that the past few months have seen.