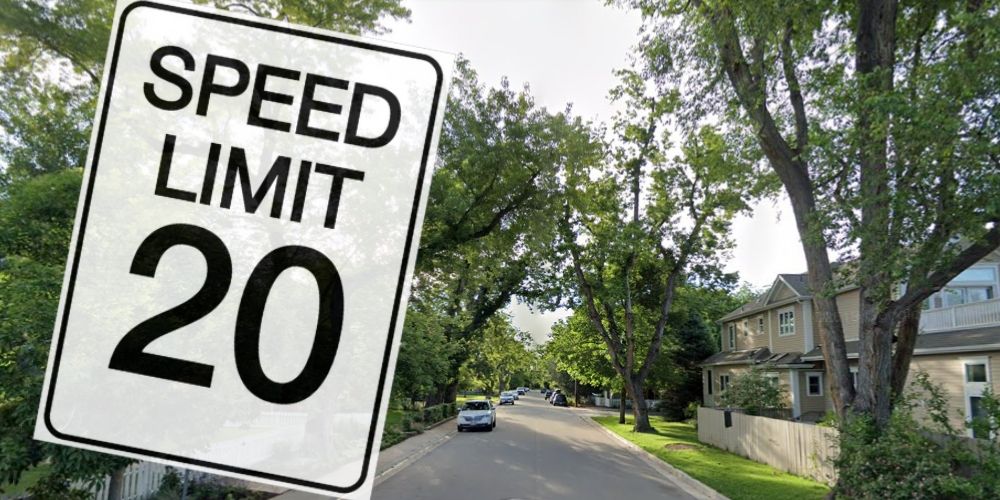 The timing of enacting “20 is Plenty” on Boulder’s streets is coincidental, but there’s evidence that with more cars off the roads during the coronavirus outbreak some drivers have been putting the pedal to the metal.

“Since the pandemic has started, the streets have become emptier but there’s more people out on the streets with others who are biking and walking and trying to avoid the sidewalks and cars are going faster,” according to Anna Seager, who addressed Boulder City Council during a public hearing.

She urged council to adopt “20 is Plenty,” a phrase that means reducing the default speed limit of 25 miles per hour on most residential streets to 20 miles per hour. Data to support that some drivers are taking advantage of empty roads to driver faster is limited, but Seager has made her own observations.

“As a person who has been riding their bike in Boulder for ten years, I think the lack of traffic has made people feel they have a green light to go as fast they want,” said Seager.

Executive director of Boulder’s Community Cycles Sue Prant has led the push for “20 is Plenty.” She says it’s an obvious way to reduce the number of traffic-related fatalities and serious injuries.

“If you’re hit by a vehicle going 20 mph you have a 90 percent chance of surviving – at 30 miles mph that drops to 50 percent,” said Prant. “It’s clear in passing this ordinance you will save lives for many years to come.”

“I am sure you are all aware that a third of our city’s climate emissions are from the transportation sector, largely fossil fuels we just burn up, so I see this also helping with that,” Shriver.

Boulder councilman Aaron Brockett said some people have expressed skepticism about the reduced speed perhaps not understanding the limited application.

“This is only about residential streets in front of your house until you get to your arterial or collector street a few blocks away – so this is a very short amount of time to drive a slower speed,” said Brockett.

The city will spend about 65-thousand dollars to replace streets signs with the new updated speed limit by mid-summer, with speeders facing tickets as of June 18.  Advocates for the change were pleased with council’s unanimous vote to support the change. But other Boulder residents such as Mark Gelbrand don’t feel it goes far enough.

“This change seems like the bare minimum – it’s modifying the miles per hour but not what needs to be done in this community to make it safer for pedestrians and bicyclists and to move us more rapidly toward a less car-centric future,” said Gelbrand.

As the coronavirus pandemic took hold, some Boulder residents advocated for widespread closures of roads to create more pedestrian and bicycle friendly streets – but a majority of councilmembers could not be persuaded of its merits.