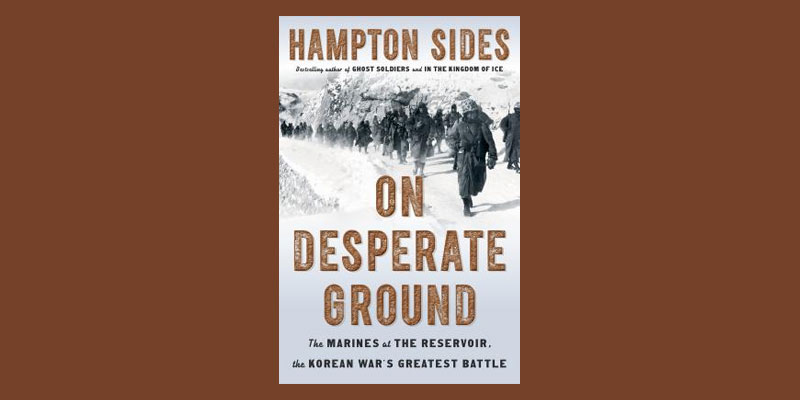 Hampton Sides’ sixth book is On Desperate Ground: The Marines at The Reservoir, the Korean War’s Greatest Battle.

He gives an account of the extraordinary feats of heroism by Marines called on to do the impossible during the greatest battle of the Korean War at the battle of the Chosin Reservoir.

They fought in mountainous sub-zero temperatures based on bad intelligence. General McArthur appears on many pages in this book, but he’s nobody’s hero in the Korean War. See “Remembering the Forgotten War” (New York Times)

This interview originally aired on November 16, 2018