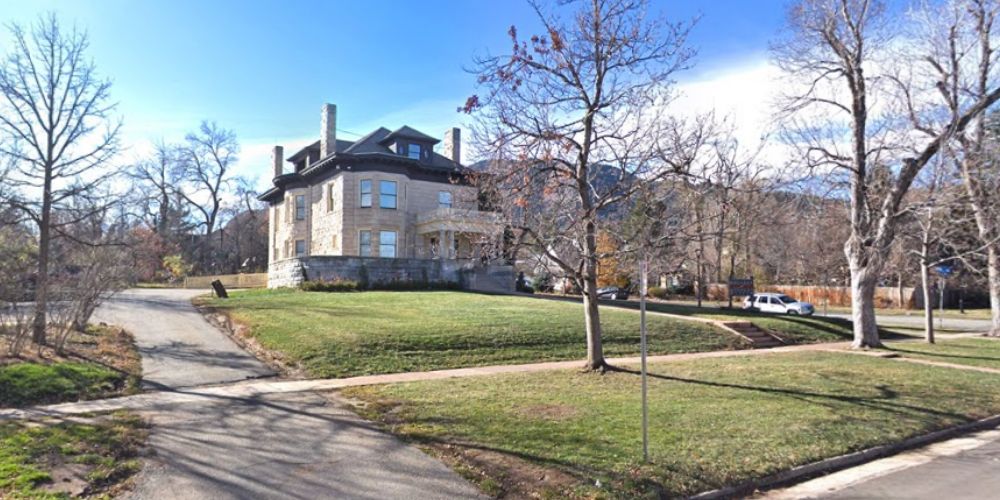 A historic house owned by the City of Boulder on University Hill is getting new tenants, but as KGNU’s Roz Brown tells us, some think the original tenants never quite left.

The grand home at 1206 Euclid Avenue was the Boulder History Museum for three decades. The museum moved downtown two years ago, and the city began soliciting bids from interested renters. At a recent meeting, the new tenant came forward to thank city council.

“My name is Sarah Murray and I’m the executive director of Women’s Wilderness – if you’ve not heard of us, we’re a local non-profit that has been here for 21 years,” said Murray.

Twenty-one years is a long time in Boulder, but the new home of Women’s Wilderness is a tad older. That would be the Harbeck-Bergheim house – built in 1899 by a wealthy New Yorker named John Harbeck.  Harbeck and his wife Kate spared no expense on their summer retreat. It was built with Indiana limestone and features fireplaces framed with Italian tiles, plus an enormous art nouveau stained glass window in the grand staircase. But the couple spent only 10 summers there before John died while on a trip to New York and Kate moved back East permanently. The house was empty for 20 years, until purchased by the Bergheim family who stayed four decades. According to Murray, when the city agreed to buy and preserve the property in 1979, it had specific uses in mind.

“It was to provide a cultural center for encouragement of nature study and interpretation, conservation, gardening and related activities, as well as various recreation classes,” said Murray. “And our mission is to support girls, women and LGBTQ+ people in accessing their power and improving their health due to connections to the outdoors and the community.”

Murray told KGNU that ever-increasing rents in Boulder make it hard for non-profits to find functional space. She is eager for the group to have a new home near the mountains.

“We take a social justice approach to the outdoors, to ensure that it’s not just people with financial means, or those who have white skin, or just men who are able to get out and enjoy all the mountains have to offer here,” said Murray. “So, the availability and the vision for a community space there is serendipitous.”

Women’s Wilderness will occupy only 25 percent of the space at the Harbeck-Bergheim house, sub-leasing the rest to groups with similar progressive ideas working on social and environmental and justice issues. She says the third floor will be shared.

“There may be co-working up there but it will also be available to rent for events, film screenings, a speakers series, fundraisers for tenants in the building as well as the community, etc.,” said Murray. “The third floor attic is beautiful, and really cool.”

It’s apparently so cool the Bergheim’s let their three children roller skate on the third floor. So, maybe that’s who’s making all that noise? Because yes, the Harbeck-Bergheim house is said to be haunted and often a stop on Boulder’s ghost tours at Halloween, with psychics telling eager spirit-seekers that Kate Harbeck and the beloved dogs she treated like children are still there, guarding the historic landmark.