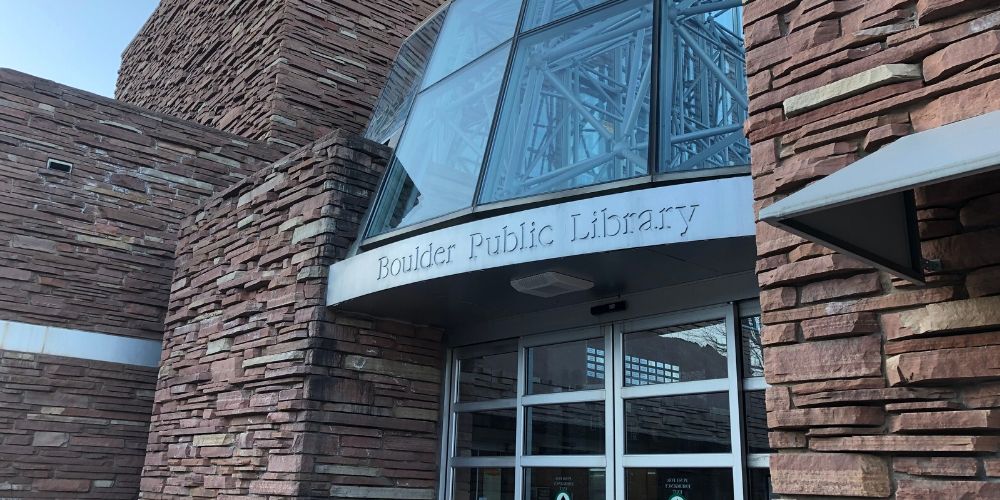 The City of Boulder regularly struggles to find enough money to adequately fund its public library system. That’s why there’s been a movement in recent years to create a library district that would be funded through a dedicated property tax. KGNU’s Roz Brown says Boulder City Council discussed the issue at a study session last night.

In Boulder, library funding is at 2002 levels, according to the local group Boulder Library Champions – which is pushing for the district. Their data also notes that staffing has dropped by 16 percent from 16 years ago. At the same time, in 2018, more than a million people visited the Boulder library.

To pursue the district, voters within its proposed boundaries would need to agree to raise their property taxes. But however the boundaries are drawn, 80 percent of the taxing base will be residents and businesses within the city of Boulder. That concerns several councilmembers, including Mayor Sam Weaver.

“At the end of the day, this is a tax increase, and it’s a tax increase that’s disproportionate on Boulder residents and for sure on businesses and that’s what we need to keep in mind from an equity perspective,” said Weaver.

The Library Champions submitted a petition to put the library district question on the 2019 ballot, but it was withdrawn at the city council’s request. It called for new libraries to be built in Gunbarrel and later Niwot. Councilman Mark Wallach questioned what incentive property owners in those communities would have to increase their taxes for a library district.

“If you live in Niwot or Gunbarrel now you’re not restricted from using Boulder’s libraries,” said Wallach. “It seems unlikely to me that residents will be willing to pay more for something they now get for free.”

In a poll commissioned by city council in 2018, less than half of residents in and around Boulder supported a library district and the tax increase to fund it. Councilman Bob Yates said that tepid response was concerning.

Council also discussed whether they could find more money in the city budget to better fund library needs or even lower other taxes to create more tax equity should the district be approved. Boulder residents will have a chance to weigh-in on library finances and the possibility of a district at a public hearing on Tuesday, March 17.