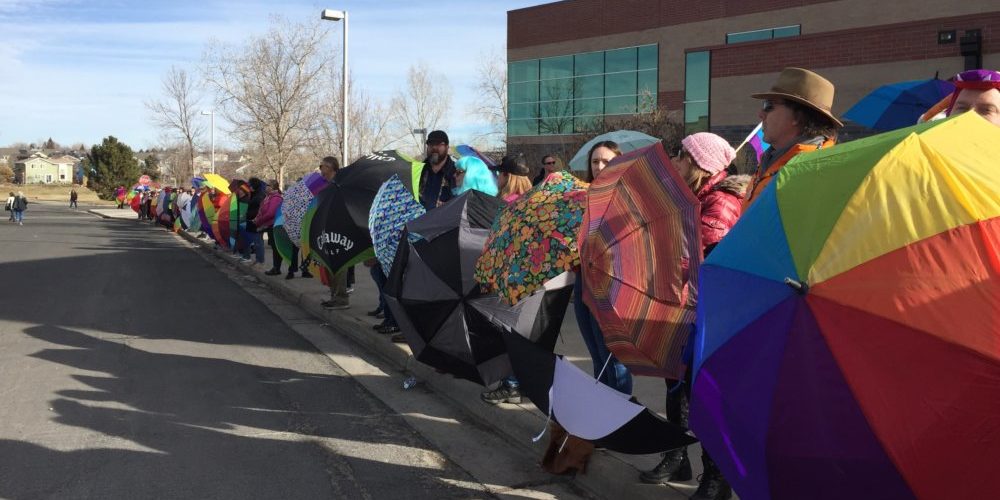 About 200 community members in Lafayette showed up on Saturday morning in support of the Drag Queen Story Hour happening at the Lafayette Public Library. KGNU’s Miriam Schiff was there and spoke with some of the individuals in attendance.

Members of the Parasol Patrol, a group of LGBTQ supporters that attend local Drag Queen Story Time events, shielding children and their families from protestors with rainbow-colored umbrellas, were joined by an inflatable unicorn and local elected officials in showing their support for the event.

A small group of protestors including Deacon Geoff Bennett, the vice president of the Catholic Charities of Denver, showed up to show their opposition to the event.

Lafayette Mayor Jamie Harkins, who herself is openly gay, said the event is about inclusivity and diversity. “This is an event that you know, at its core is really about teaching kids people come in all sorts of shapes and sizes and forms and we should just love it accept everyone. This is our fifth one. Our kids love it. Our parents love it.”

Mardi Moore, Executive Director of Out Boulder was also in attendance and when asked about the importance of Drag Queen Story Hour events she commented, “Kids have been trapped in the binary for a very long time. We know not everyone lives in the binary. What we think of as a boy or as a girl and the rules that we’ve set up for them are being broken down. We need to celebrate the youth where they are and who they are.” 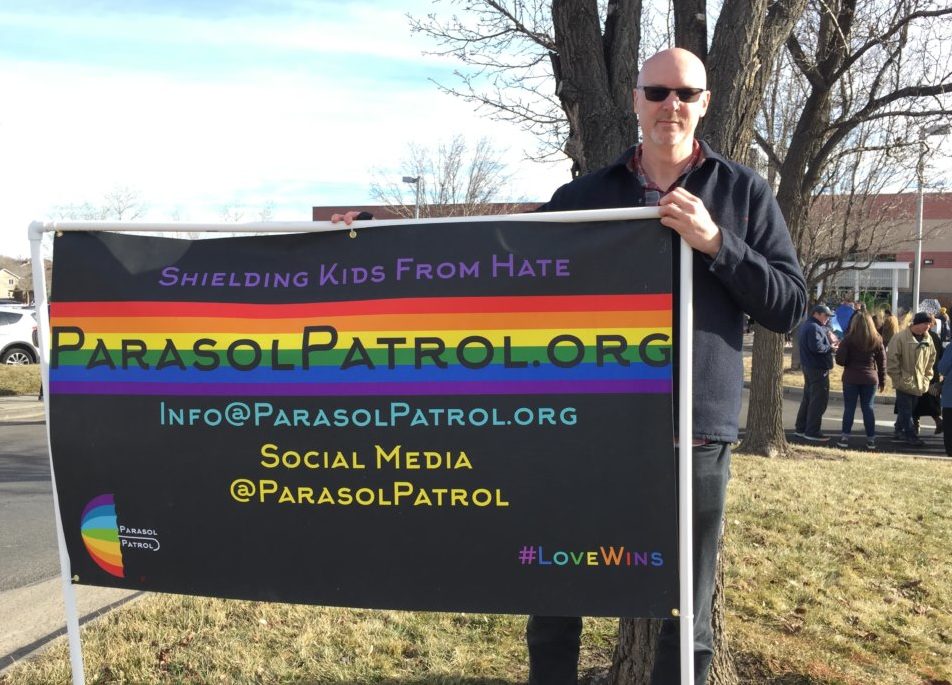 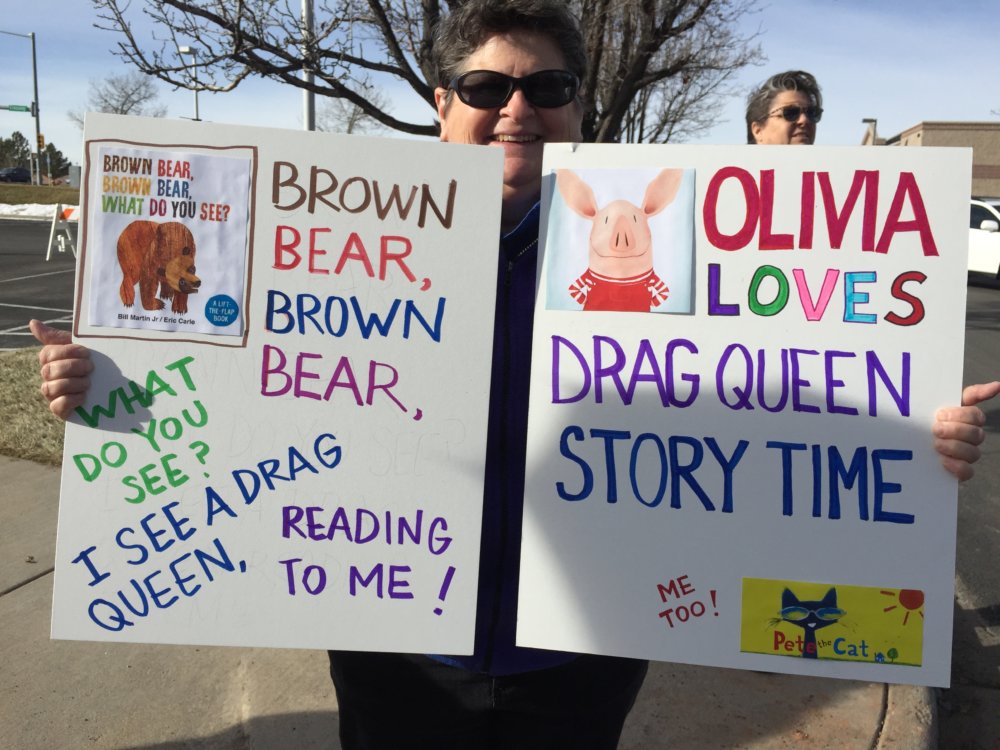 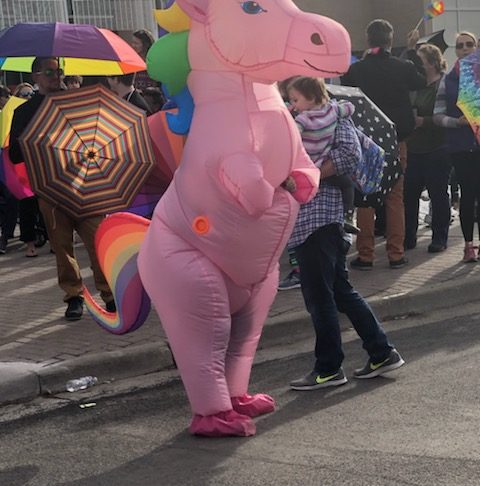 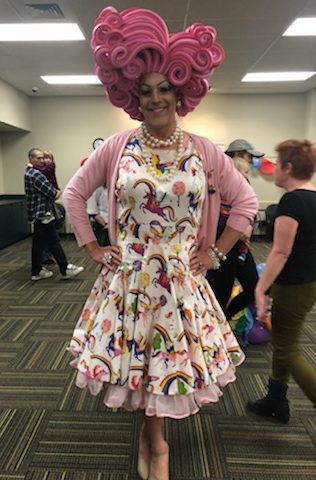 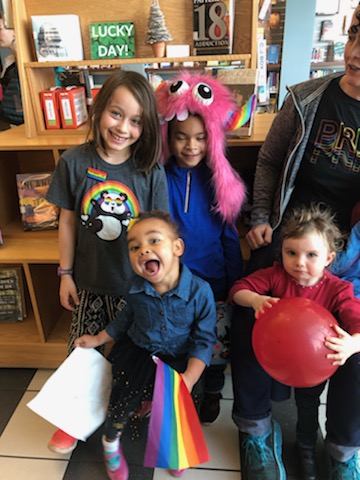