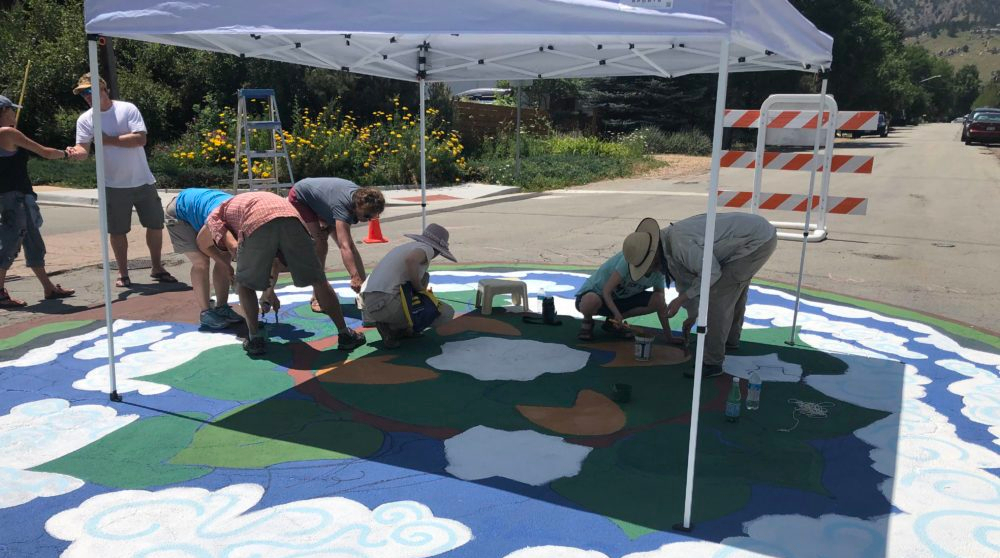 Recent research has shown that street murals can benefit communities by slowing traffic, among other effects. KGNU’s Sarah Dalgleish visited one Boulder neighborhood that has decided to try it out.

On a sunny Sunday afternoon, the Melody Catalpa neighborhood in North Boulder is painting a mural they’ve been planning for the past year. The neighborhood has decided to paint the 24 foot circular mural on the street at the intersection of 16th and Kalmia, a busy four-way stop. Merlyn Holmes is the founder of the art organization Mmmwhah, soon to be called Creativity Alive, and helped plan the event. She describes the mural this way.

“It has catalpa leaves in it from the catalpa trees in the neighborhood, bees because it’s a bee safe neighborhood, musical notes, the sky, the clouds—it really is a reflection back at Boulder of what this neighborhood is.”

Holmes explains that the benefits of street murals like this one go far beyond adding beauty to the neighborhood.

“Street murals, especially at busy intersections, are known to help slow traffic down. This is an intersection where traffic just flies through. Among other things, we are hoping that it will slow traffic.” 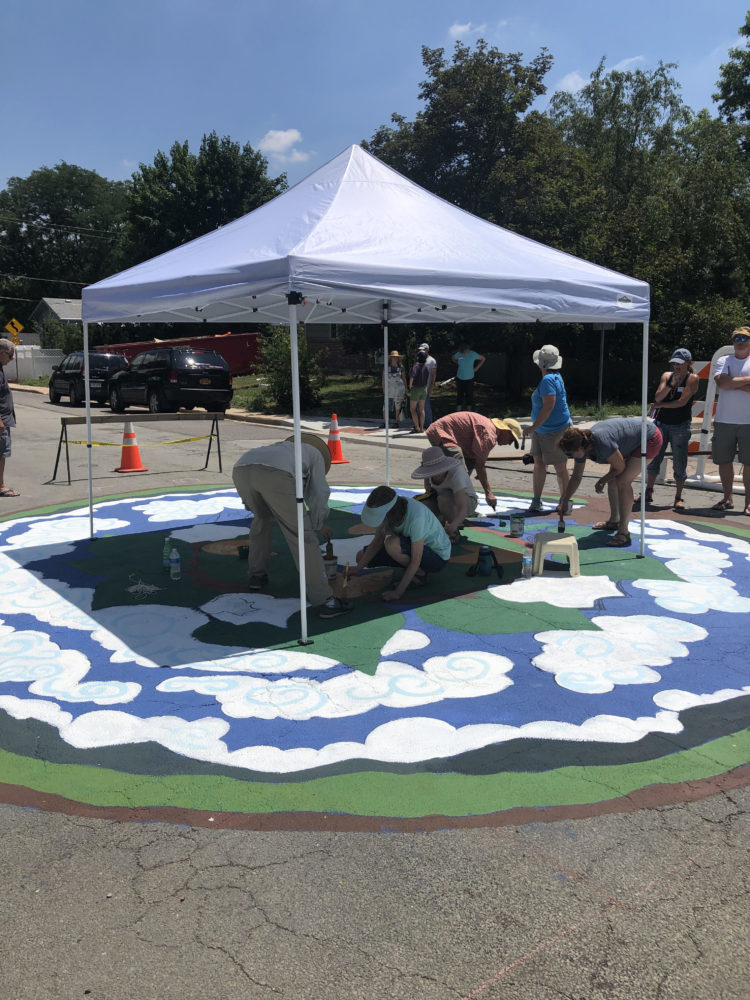 There are other benefits to the mural as well.

“It’s also a beautiful way of reclaiming roads as a public asset. It really creates a lasting bond between neighbors and even when new neighbors move in, they see it’s a place that people care about,” Holmes elaborates.

The mural was painted by dozens of neighbors as part of a block party held on Sunday to celebrate the new art.

“I think it’s really fun that everyone has a piece of it in our neighborhood and can say ‘oh I painted that part!’” says Melody Catalpa resident Dora Shlosberg.

To learn more about the Mmmwah (Creativity Alive) organization, visit their website https://www.mmmwhah.com/.