How is Northern Ireland 21 years after The Good Friday Agreement?

Host Nikki Kayser checks-in with a young lawyer in Derry after the recent shooting of journalist, Lyra McKee. Joining the discussion with historical perspective is The Honorary Consul, Jim Lyons of International Fund for Ireland.

Anthony Massey for Project Children helps identify tactics that have helped break the cycle of violence. Brian McGuinness shares what it was like living in The Falls, Belfast during The Troubles. All weigh in on prospects for unity and a power-sharing government in Northern Ireland.

Speech after visit to Leadville Cemetery Denver May 13. 2019. 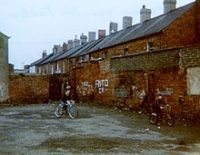