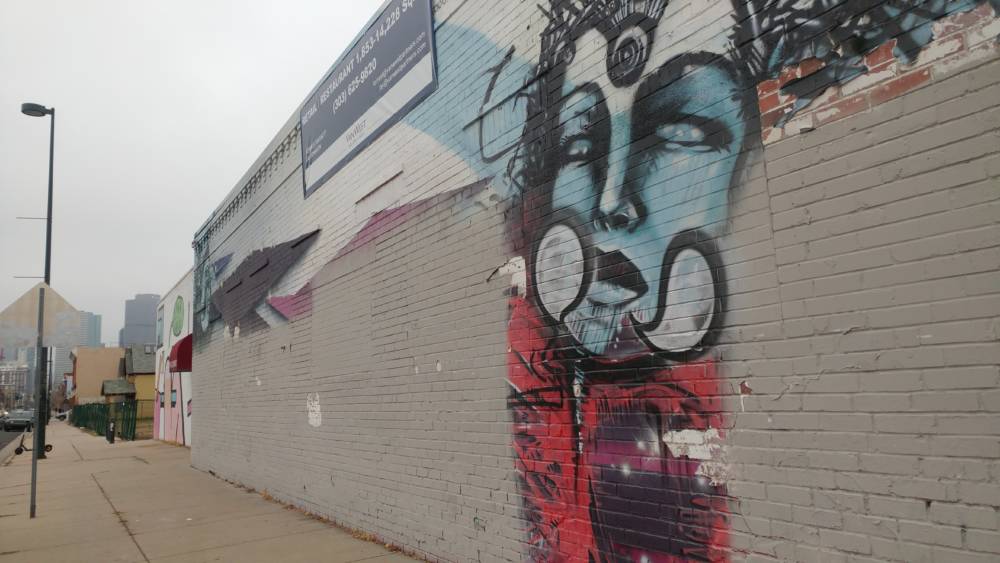 The Brink is a radio storytelling project about what is needed to transition to a more just environment and society, which tells stories of inequality, struggle and transformation. The word “brink” has dual meaning: that which exists at the margins and a critical turning point. The Brink is a project of Assistant Professor David Ciplet’s graduate course Power, Justice and Climate Change in the Environmental Studies Program at CU Boulder, in partnership with KGNU and the Just Transition Collaborative. Listen to the series from spring 2018 here.

Remembering Rocky Flats: Historical Erasure and the Future for the Wildlife Refuge.

By Georgia Roden and Sarah Adler

For decades during the Cold War, Rocky Flats was the center of nuclear weapons manufacturing for the United States. Just fifteen miles north of Boulder, the facility was open until 1989- resulting in one of the most expensive EPA Superfund cleanups on record. In September 2018, Rocky Flats Wildlife Refuge was opened to public recreation. Two local activists, Jeff Gipe and Michelle Gabrieloff Parish, speak to the effect this change in name has on the sustainability of memory. How can we remember the nuclear past of Rocky Flats, and acknowledge the current risks, whilst protecting the site from further development, recreation, and, most recently, oil and gas interests?

This Land is Mine Land.

By Zehra Cheatham and Eli Fields

Food Insecurity in the Elyria Swansea neighborhood in Denver.

By Jaeyoung Jin and Elena Wolf

Communities dealing with food insecurity face challenges surrounding accessibility to affordable, nutritious food which can be attributed to many different social, economic, or political factors playing a role in weak city-planning. In the case of Elyria-Swansea, a neighborhood considered a food desert in East Denver, it houses a unique, community-oriented solution to the challenge: the GrowHaus.

Lack of Diversity in Winter Sports.

By Megan Stone and Rachel Kline

There are about nine and a half million skiers in the US. With more than 70% of them white and affluent. There are a lot of voices and organizations calling for efforts to diversify snow sports. Megan Stone and Rachel Kline, both skiers, set out to explore the lack of color in winter recreation as part of the ongoing series The Brink.

Displacement of Artists and Extinction of Art: RiNo Arts District.

By Anna Foley and Jiwon Baik

Due to the gentrification in the RiNo neighborhood of Five Points, Denver, artists who helped shape the neighborhood’s legacy are being displaced. Through the commodification of art, the River North Arts District is working hard to fabricate the concept of a creative neighborhood after most artist have been forced out.  We talked to several artists whose relationship with the neighborhood has changed over the last few years and who are struggling to continue to thrive in a neighborhood who no longer supports them.

By Hannah Bieker and Emily Bacula

Scientists first warned the world about climate change 30 years ago. Despite this knowledge, humankind has done little to nothing to save our planet. We investigated the future of a world under the harsh circumstances of climate change by looking at current conditions in Bangladesh and South Africa. It is important for policymakers and global leaders to acknowledge the adverse effects of climate change to ensure a safe future for every corner of our earth.

Inequality and Injustice in Recovery from Hurricane Harvey.

By Mykala Cude and Lauren Zappaterrini

Houston’s rapid growth has accelerated the city quickly into the spot for the 4th largest U.S. city, leaving planning regulators to scramble to catch up. Urban areas expanded outwards causing a massive conversion of lands that once absorbed rainwater into roads, residential areas, parking lots, and developments. On top of all of this exists weak institutions when it comes to environmental regulations, considering no environmental zoning laws have ever existed. This results in informal societal zoning that have continued to persist from their origins from the Jim Crow era which held a strong presence in the city until 1960’s. Historically, wealthier white neighborhoods procured more effective flood safeguards, as a result of privilege, utilizing dikes and berms to protect their communities from local hazards leaking from chemical plants and refineries. These socioeconomic barriers did more than deepen inequality but additionally formulated the perfect storm of environmental racism, health risks, and pollution which played out in the aftermath of Hurricane Harvey.

Re:Vision and the Westwood Community Co-op in Denver.

By Kennedy Davis and Kalynn Mann

Economic Effects of a Changing Winter.

The Impact of Dams.

Fracking, it’s closer than you think.

By Brianna Sparling and Brandon Deering

Food insecurity is when a person does not have reliable access to sufficient and nutritious foods. It is almost always a result of economic insecurity. For many seniors, economic insecurity combines with multiple other obstacles to make accessing food extremely challenging. Seniors are at a disadvantage because many rely on their social security as their only source of income while transportation and physical mobility make going out to get food a struggle. We hear how Boulder Food Rescue is helping bridge the food gap for many vulnerable residents in the county.

Stripping the Mountains of their Past.

Bears Ears National Monument represents the life and lives of many Native Americans. With Trump’s decision to reduce the monument by 85%, Natives feel as though this reduction is stripping the mountains and their pasts.

By Deanna Wiener and Katie Priest