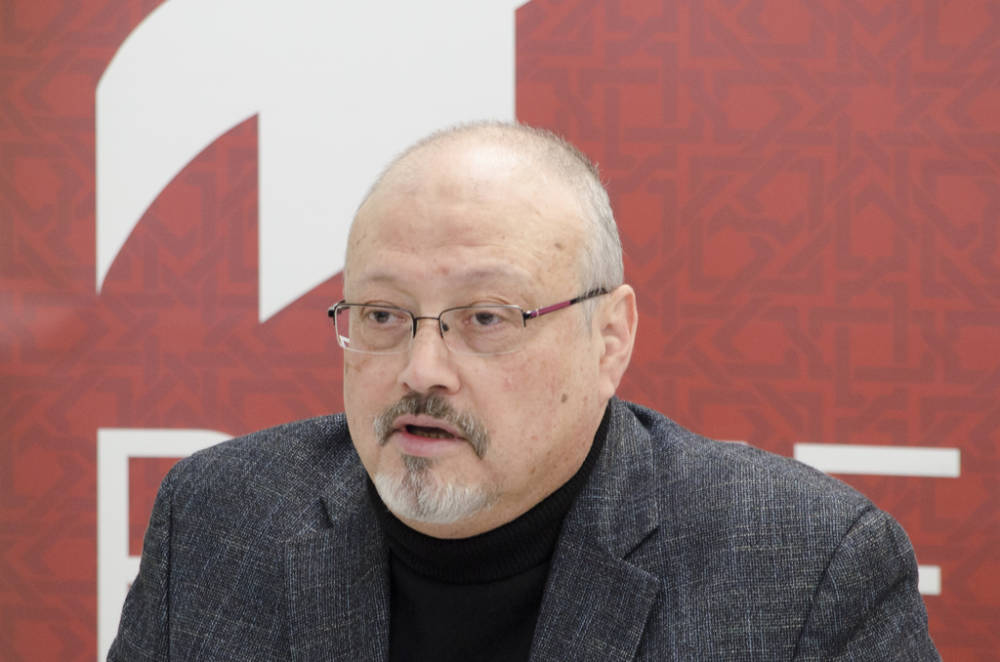 A DC neighborhood has voted unanimously to name the street the Saudi embassy is located on after slain journalist Jamal Khashoggi. Now it goes to the DC City Council, and after that, before the US Congress. If it passes, the address of the Saudi Embassy will forever have the name of the person their crown prince murdered. Donald Trump will not be pleased. He wants to turn a blind eye to this murder because of the money our military industry will make selling the Saudis more weapons.

In the meantime, the Senate has taken a major first step in ending US support of the Saudi-led war in Yemen, which Bernie Sanders calls “morally indefensible… and that Congress never voted to authorize. Our support for the Saudi-led war in Yemen has been one of the great moral stains on our nation resulting in the worst humanitarian crisis on earth. More than 85,000 children in Yemen have starved to death, while millions more face imminent starvation. 10,000 new cases of cholera occur each week as people are unable to find clean drinking water.”

The bill invokes the War Powers Resolution of 1973 (WPR), which states that if US troops are involved in “hostilities” abroad “without a declaration of war or specific statutory authorization, such forces shall be removed by the President if the Congress so directs by concurrent resolution.” The tri-partisan Sanders bill had 63 votes in favor and 37 against, the first time our history that the Senate has voted to withdraw from an unauthorized and unconstitutional war.

Sanders said, “It is not the president who gets to decide whether or not we go to war in Yemen, or Syria, or anywhere else. It is Congress.” Trump has threatened to veto this bill if it gets to his desk. The US slammed the brakes on a UN Security Council resolution on a cease-fire in Yemen.

The U.S. has been encouraging and supplying Saudi Arabia’s war crimes in Yemen since March 2015. Now the war is the worst man-made humanitarian catastrophe on earth, with untold numbers dead, injured or suffering from disease and starvation, thanks to U.S.-made planes dropping U.S.-made bombs sold to the Saudis.

On Oct. 2, the Saudis lured Jamal Khashoggi, a U.S.- based Saudi journalist and critic, to their consulate in Turkey and murdered and dismembered him. That tipped things for many senators who have supported the Saudis. These senators and representatives, who helped Trump cover up Saudi war crimes and our complicity, are now using the Khashoggi killing to address the slaughter in Yemen. After the 63-37 vote, a full floor debate in the Senate is next.

The House of Representatives recently shut off debate on a similar resolution. Whether that changes this week is now up to the American people. If you have an opinion on Sanders’ tripartisan bill to invoke the War Powers Resolution of 1973 and similar attempts to push this in the House, you can contact your Senators and Representative.