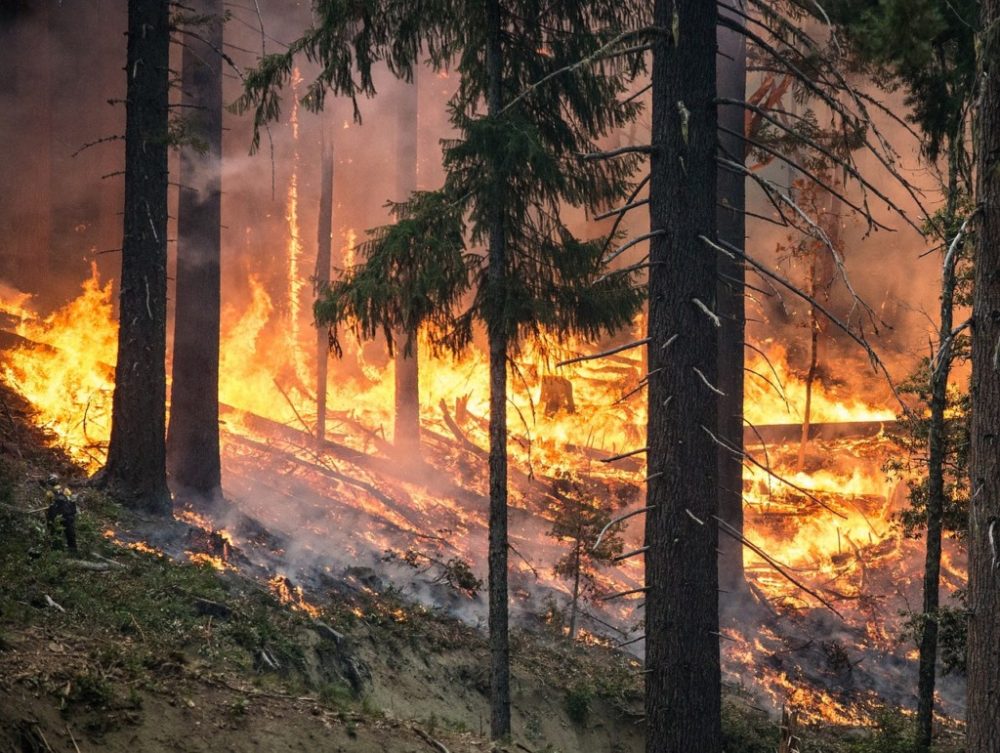 Update: This interview was originally broadcast on August 31, 2017. The book won the Colorado National Book Award in 2018 in the general non fiction category.

Michael Kodas of the CU Boulder Center for Environmental Journalism explores the phenomenon of megafires: fires that are burning hotter, longer and are more destructive.

In his new book Megafire: The Race to Extinguish a Deadly Epidemic of Flame, he investigates why there have been more and more destructive fires. The book opens with his memories of the Fourmile Canyon Fire that began in the foothills west of Boulder on Labor Day 2010.

“I had been very interested in very big, very hot, very fast fires that were doing huge amounts of damage, not just in the United States but around the world. In the case of the Four Mile Canyon Fire I kind of started to redefine what I considered a megafire. The US Forest defines a megafire as any fire that’s larger than 100,000 acres, but a small fire that behaves differently, does things that the firefighters dealing with it haven’t seen before and consequently destroys a lot of homes, or takes a lot of lives, perhaps puts a watershed or our water supplies at risk, threatens infrastructure we depend on – those can be a lot more mega than a fire way bigger than 100,000 acres that’s burning in a remote wilderness where fires like that have always burned, and it’s basically doing the same thing that fires preceding it have done. So I began to think more about impacts of fires as a measure of their meganess rather than just their size.”

The fire season has been extended by almost two months in the US due to climate change and its impact on snow pack. In addition to that, more people are moving into the Wildland Urban Interface (WUI) which increases the risk of wildfires. “All of those things are pushing at each other to increase our instance of wildland fire.”

In 2015, for the first time since the US government began keeping records, we saw more than 10 million acres burn in the US.

Forest Service scientists say that sometime by the mid-century, that figure could rise to 20 million acres burn in the US.

Michael Kodas will speak about Megafire at the Boulder Bookstore on Thursday August 31st at 7.30pm; at the Tattered Cover on Colfax in Denver, on Wednesday September 6th at 7pm, and at Old Firehouse Books in Fort Collins on September 7th at 6pm.