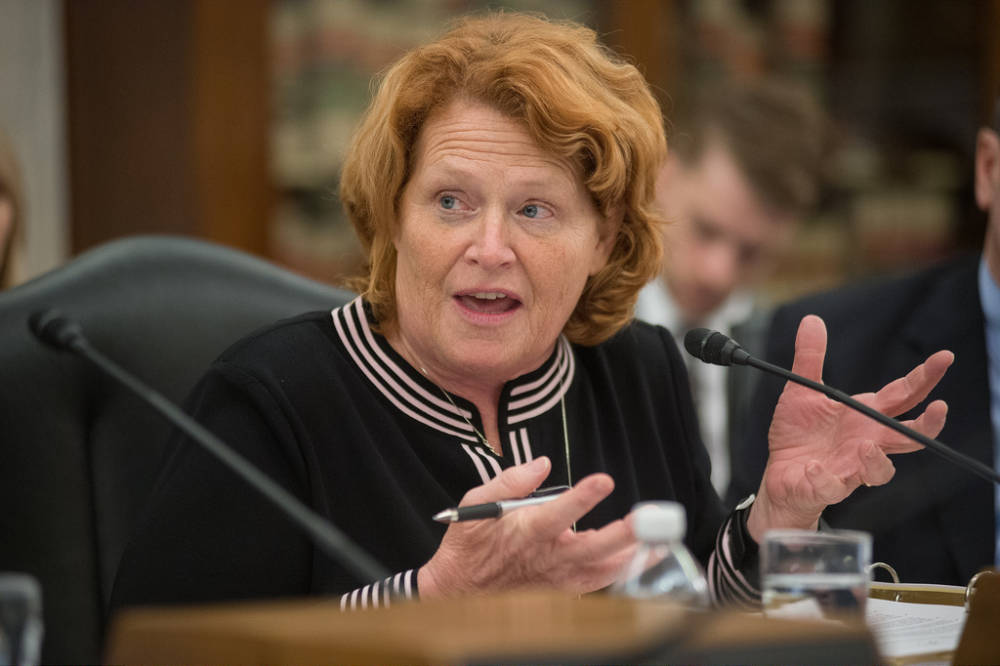 First, a reminder that enrollment for health insurance ends December 15. Government is not telling you so we have to get the word out. I also want you to know how thankful I am to each and every one of you who take the time to speak out to Congress. We all encourage one another and give each other the energy to go on.

Next, I’d like to briefly thank Arnold Schwarzenegger for hosting a summit to end gerrymandering across the country.  I also thank State Senator Nikema Williams of Georgia for standing with her constituents to insist their votes be counted, and for enduring arrest as a black woman.

And finally, I’d like to thank Heidi Heitkamp, the North Dakota Senator who lost her seat in the recent election. She has been a strong voice for Native Americans, many of whom say they will truly miss her. But one of her last acts as Senator is S.B. 1942, Savanna’s Act, which addresses the terrible epidemic of violence against Native American women. Heitkamp’s work continues to address the crisis of missing and murdered Native women and girls.

“In Indian Country, almost everyone knows of someone who is missing or murdered,” Heitkamp said. “If that were the case across the country, it would be a national crisis.”

Heitkamp isn’t the only one calling attention to the crisis. Deb Haaland, one of the first Native women elected to Congress, also plans to focus on the missing and murdered after she arrives in Washington, D.C.

Savanna’s Act requires the Department of Justice, for the first time, to provide annual reports on the statistics on missing and murdered Indian women in the U.S. S.1942 is due to be advanced by the committee at a business meeting today.

In addition, DOJ must make standardized law enforcement and justice protocols with respect to missing and murdered Indians, develop protocols to investigate those cases, meet certain requirements to consult with Indian tribes, and provide tribes and law enforcement with training and technical assistance relating to the protocols.

Heitkamp also helped create the new Commission on Native Children. Savannah’s Act needs to be passed by the Senate and the House before it could be sent to Trump for his signature before December 13, when the lame duck session of Congress comes to an end.