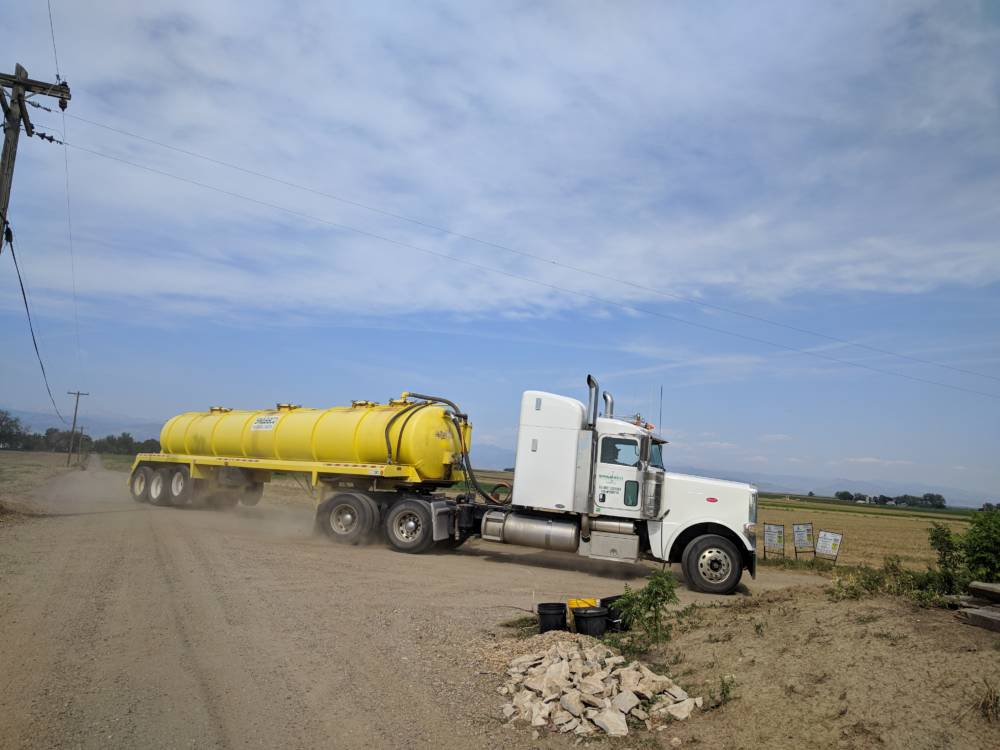 “This is just the beginning of what’s actually coming to Boulder County, it’s going to be dramatic, because we were fighting two twelve well projects, people in Boulder County are fighting 50 well project. I can’t even fathom that. It looks like Commerce City.” — Amanda Harper.

Amanda Harper and Carl Del Tufo bought their home in rural Weld County, close to the border with Boulder County, just over 10 years ago because of the idyllic rural location that this part of the state offered. But then the fracking began.

In 2014 they and their neighbors worked to stop or significantly reduce and mitigate an industrial sized drilling facility and 12 wells that Encana planned in the midst of their rural community. They were unsuccessful in that battle and in a subsequent battle with Crestone in another site, half a mile from their home. But they are continuing to fight the impacts of this industrial scale drilling in their community and raising awareness about the impact of fracking.

In recent weeks there has been an increase in traffic related to a new 12 well drilling site within half a mile of their house.  “All this dust, all these fumes…that’s our house.”

Large construction traffic has been driving right by their home as an oil and gas facility site is constructed on an adjacent oil and gas site.

“They want to use this road for a facility site…each oil and gas production has the wells themselves and then the facility site. So what they want to do to that facility site with these 12 wells is put 25 towers…12 burn off towers and 12 separators.” 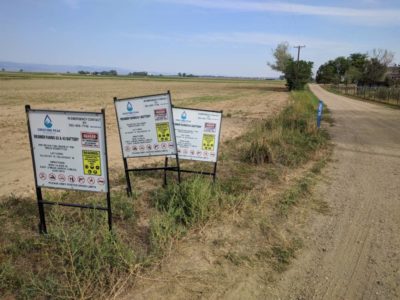 Carl Del Tufo says the trucks have another route they could take, a more direct route in fact, but that would bring the trucks right by the house of the land owner and mineral rights owner who is under contract with the oil and gas company. Instead the trucks take a mile detour and come right by Amanda and Carl’s home.

“They have to go out of their way to come this way, but it’s protecting the person’s house that is developing the oil and gas, they’ve just deflected some of that on to their neighbors, which doesn’t make much sense at all, so we’re saying we’re had enough, we’re not going to allow this anymore, so we’re trying to stop it.”

Last Thursday Amanda blocked the road by her house and demanded they take that alternate route, but the oil and gas company threatened to call the sheriff. The liaison for Crestone Peak assured the couple the heavy traffic would finish on Friday.

Amanda and Carl said that on Sunday 19 trucks drove by their house from 9:30am to 4pm with more trucks driving by as of Monday (Labor Day) morning. If it continues on Tuesday Amanda says she’s willing to block the road again.