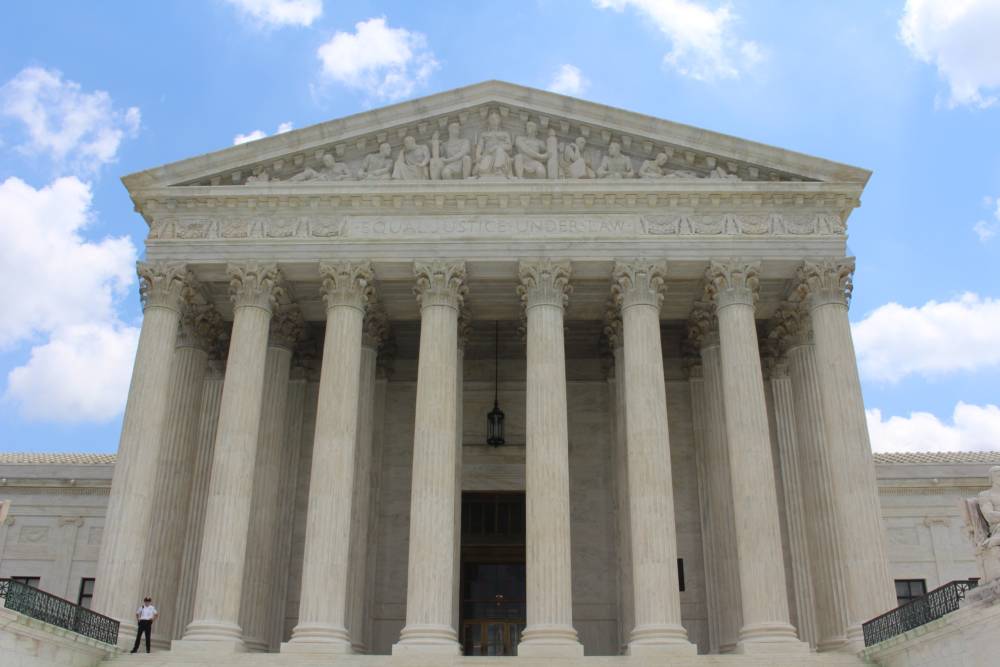 The Brett Kavanaugh Supreme Court hearings are developing by the hour, so by the time this airs, things may be completely different. Will Christine Blasey Ford, who claims Kavanaugh sexually assaulted her, even testify?

Because Donald Trump and the Republicans have refused to ask the FBI to spend a few days investigating her claims, there will no doubt be more unanswerable questions. Sen. Sheldon Whitehouse, has attacked the Republicans’ “astounding disregard for basic due process,” calling the hearings “a kangaroo court, because the Republicans have done everything in their power to prevent the consideration of any outside evidence.”

But let’s look at what both sides are saying. Judge Kavanaugh flatly denies that anything happened. He wasn’t at the party. He never got so drunk he blacked out. Mark Judge, the friend who was allegedly in the room with Kavanaugh and Ford, doesn’t want to talk about this, but denied having any recollection of the party. A lawyer for a woman Ford also said was at the house said she didn’t know Kavanaugh and that she did not remember the party. So Kavanaugh and possible witnesses deny it happened at all. But then, Kavanaugh’s own spokesman came out and said it was just rough horseplay. Which is it?

Dozens of women who have known Kavanaugh throughout his life have said that he would never do such a thing. But James Roche, Kavanaugh’s roommate in Fall 1983, stated “he was a notably heavy drinker, even by the standards of the time. He became aggressive and belligerent when he was incoherently drunk.” Roche was good friends with Deborah Ramirez, who said Kavanaugh thrust his exposed penis at her at a college party—and believes her.

Donald Trump has tweeted that if any of this happened, it should have been reported decades ago. We do know that the shame and trauma of sexual assault leaves its victims reluctant to go public for decades, if ever. According to Bureau of Justice statistics, 34.8% were reported to the police.  5.7% of all rapes result in an arrest, and only 0.6% result in jail time. Those are daunting odds for any woman. As for false reporting of sexual assaults, law enforcement estimates range between 2% and 10%. And most false reports of rape and sexual assaults come from ex-wives in child custody cases.

Others point out that Ford can’t remember the date or address where the party took place. From my college days, I can’t remember the location of a single party I attended, but I certainly remember some of the things that happened. I personally broke up a gang rape once, and I remember every detail like it was yesterday.

Whatever comes out of these hearings, very soon your Senators are likely to have to vote for or against Kavanaugh. Based on whatever evidence finally comes out and what evidence is suppressed, if you have an opinion on the matter, you can contact your Senators and share your concerns.