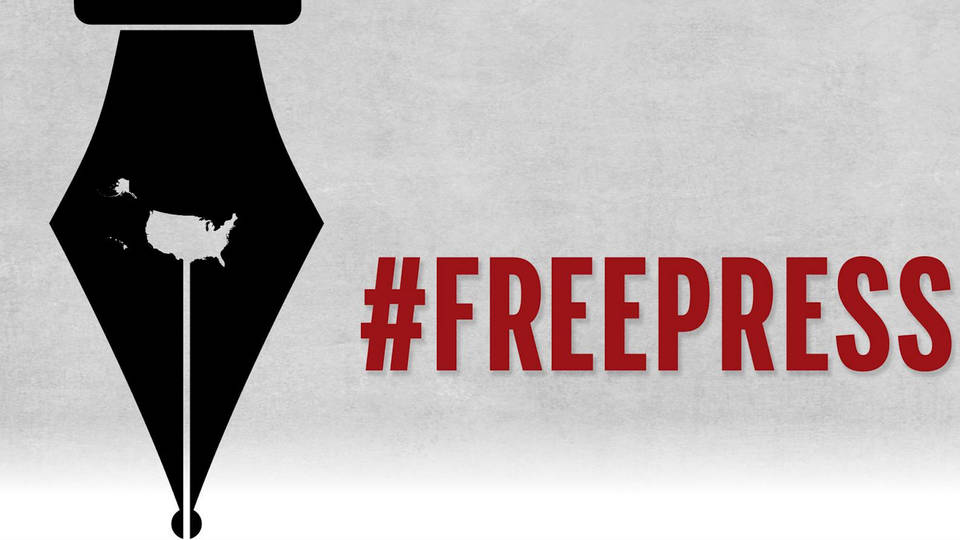 “We are the ones that keep you informed and we do it out of a sense of duty to make our communities better places.” — Dan Shelley, Executive Director RTDNA.

More than 300 newspapers and media outlets are joining forces on August 16th, as part of a campaign spearheaded by the Boston Globe, to counter President Donald Trump’s attacks on the free press. The Globe wrote in an editorial “For more than two centuries, this foundational American principle has protected journalists at home and served as a model for free nations abroad. Today it is under serious threat. And it sends an alarming signal to despots from Ankara to Moscow, Beijing to Baghdad, that journalists can be treated as a domestic enemy.”

Dan Shelley, Executive Director with the Radio Television Digital News Association, (RTDNA,) told KGNU that Trump’s attacks on the press are reverberating throughout the country. “We’ve seen a marked increase in the last 2 years in the number of local elected officials who have taken cues from the president and are using his term enemy of the American people and other pejoratives that he uses against the media to heart and they’re using it at a local level.”

All journalists want to do is get you the facts you need to make informed decisions about your life and your community. Constant attacks from all quarters are harmful and hurtful to us, certainly, but as much so to you, the people we’re trying to serve. https://t.co/2ARNkC0VJ4

Shelley cites a recent case where a Florida state senator has taken to calling the police on a journalist who was asking her questions in a public forum. Shelley also points to the approximately 30 journalists that have been physically attacked this year across the US. “There is a cause and effect relationship between the fervor to which the president ratchets up his base and the amount of attacks and cases of obstruction and harassment against members of the news media that we see today.”

A #FreePress is the red beating heart of American democracy. Today this clarion call rings forth from all corners of our nation -in defiance of those who would stifle it- thanks to an effort led by the @BostonGlobe. I lend my voice courtesy of @TheAtlantic https://t.co/3t8AlEq5JH