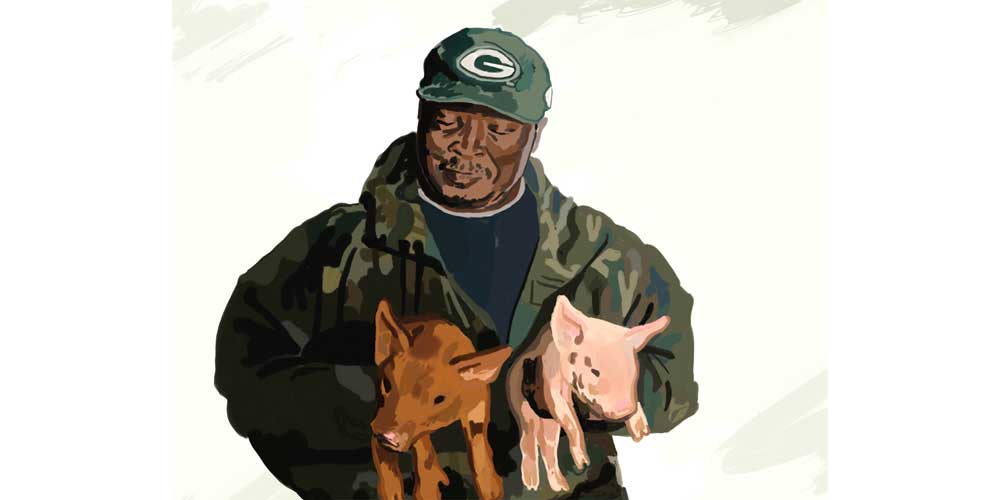 Picture an American farmer. Chances are, the farmer you’re imagining is white – more than 9 out of 10 American farmers today are. But historically, African Americans played a huge role in agriculture. The nation’s economy was built largely on black farm labor: in bondage for hundreds of years, followed by a century of sharecropping and tenant farming. Image: Ben Fine for Reveal

In the early 1900s, African American families owned one-seventh of the nation’s farmland, 15 million acres. A hundred years later, black farmers own only a quarter of the land they once held and now make up less than 1 percent of American farm families.

The federal government has admitted it was part of the problem. In 1997, a report by the U.S. Department of Agriculture said discrimination by the agency was a factor in the decline of black farms. A landmark class-action lawsuit on behalf of black farmers, Pigford v. Glickman, was settled in 1999, and the federal government paid out more than $2 billion as a result. But advocates for black farmers say problems persist.

On this episode of Reveal, reporter John Biewen of “Scene on Radio” tells the story of one black farm couple who say the USDA treated them unfairly because of their race.