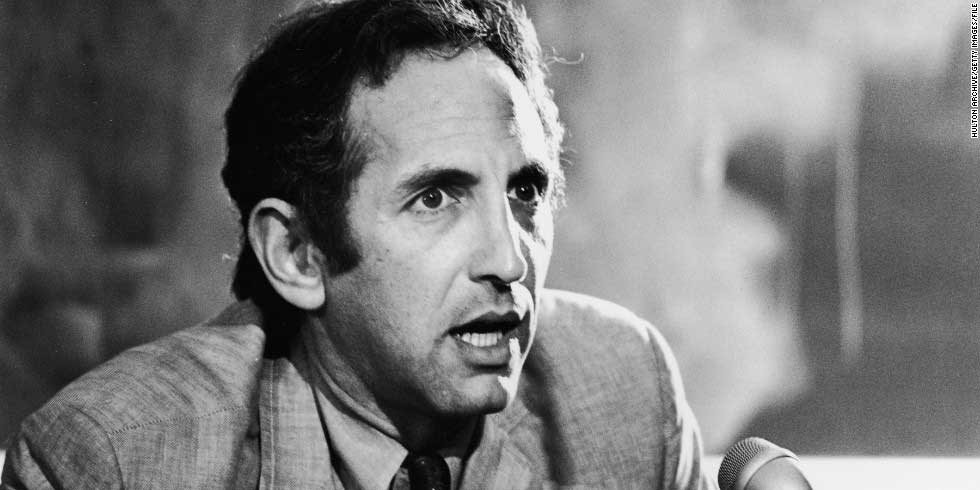 Dr. Daniel Ellsberg is a former high level defense analyst known as the legendary whistle-blower who revealed the Pentagon Papers. While working at the Rand Corporation, he turned top secret documents over to The New York Times  and Washington Post, The papers exposed decades of lying to the American people about the extent of our involvement in Vietnam and our chances to make a difference there. No other insider with high level access has written so candidly of the nuclear strategy of the late Eisenhower and early Kennedy years, and nothing has fundamentally changed since that era.

Ellsberg spoke in Boulder on Saturday, April 28 about nuclear weapons policy as well as his experiences with protests and to his decades-long work for peace. Ellsberg was one of hundreds of protesters who were arrested for acts of civil disobedience, ultimately leading to the end of weapons production in 1989 at the Rocky Flats Nuclear Weapons Facility south of Boulder.

Elsberg’s 2017 book, The Doomsday Machine: Confessions of a Nuclear War Planner is chillingly pertinent now that there is a renewed threat of the use of nuclear weapons. Other publications include Secrets: A Memoir of Vietnam and the Pentagon Papers (2002,) Risk, Ambiguity and Decision (2001) and Papers on the War (1971). In December 2006 he was awarded the Right Livelihood Award in Stockholm, Sweden “for putting peace and truth first, at considerable personal risk, and dedicating his life to inspiring others to follow his example.” Ellsberg is a Senior Fellow of the Nuclear Age Peace Foundation.