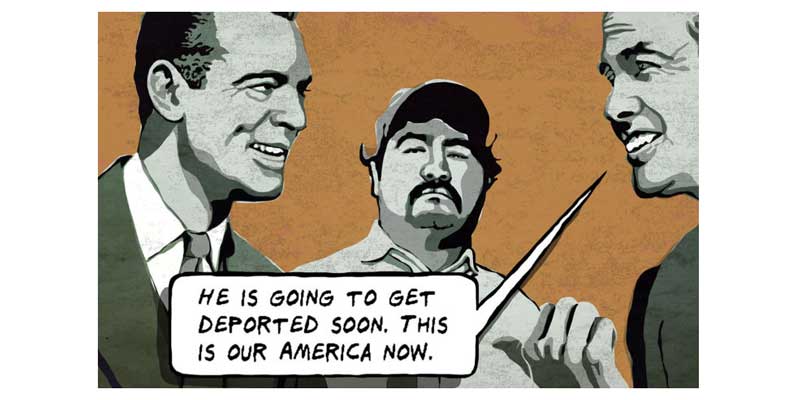 There’s been a lot of conversation about whether Donald Trump has inspired a new wave of hate in America.

Reveal reporter Will Carless set out to understand the president’s role in hundreds of hate incidents across the country, with help from the Documenting Hate project led by ProPublica. He found a striking pattern that extended across races, religions and sexual orientation.

We also check in with Reveal reporter Aaron Sankin about what’s going on inside the government agency that’s supposed to be fighting discrimination, the Justice Department’s Civil Rights Division.

This episode also examines what it means – and what it takes – for people on the sidelines of  hate speech incidents to act not only as bystanders, but also as allies. We discuss ways people are pushing back against what they consider a toxic social climate. In a lively, provocative Q&A, Reveal host Al Letson speaks with a safety pin wearer who stood up to a harasser and a creator of the Safety Pin Box (a “social justice tool kit” available through monthly subscriptions) about good intentions and the complicated dynamics of becoming an ally to people on the outs.

Reveal is a co-production of The Center for Investigative Reporting and PRX.