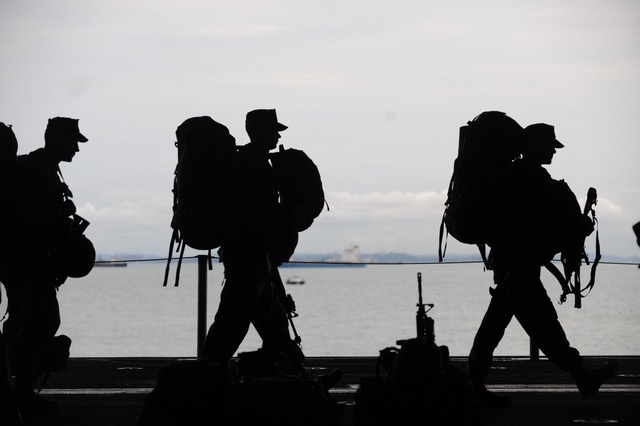 A national commission studying the draft, draft registration, the Selective Service System, and compulsory “service” will hold an open public hearing in Denver on Thursday April 19th. This is the second in a series of hearings held around the country.

Edward Hasbrouck, a member of the War Resisters League, an organization founded almost a hundred years ago to resist the military draft and by extension to resist war, is planning on testifying at the hearing, telling the Commission it should recommend that Congress end draft registration, rather than extending it.

After a brief hiatus following the Vietnam War, draft was resumed in 1980.  At that time, Hasbrouck became one of 20 vocal non-registrants who were prosecuted as a result.  He argues, though, that these prosecutions failed because they highlighted the fact that only those who spoke out where at risk of being prosecuted.  “There was safety in numbers as well as safety in silence, and called attention to the vast extent of non-compliance with draft registration.”

Hasbrouck argues that is long overdue to completely abolish the draft. “We’ve had a stalemate for decades, where draft registration failed but it hasn’t ended because there is no face-saving way for the government to end it, without acknowledging…that it’s power is constrained by the willingness of people to carry out its orders.”

In 2016, some members of Congress, including Colorado representatives Kauffman (R) and Polis (D), sponsored a bi-partisan bill to end draft registration, end penalty for those who haven’t registered and abolished Selective Service System, it never came to a vote.  Instead, Congress pushed the question to the Trump administration by creating a 2-year study commission, due to report back just before the 2020 election.

The National Commission studying the draft is hosting a public meeting on April 19th at the Denver Museum of Nature and Science, Schlessman Lobby, Entrance 5. That’s from 3-5pm. Members of the public are invited to testify. If you can’t make the meeting you can submit comments on line.