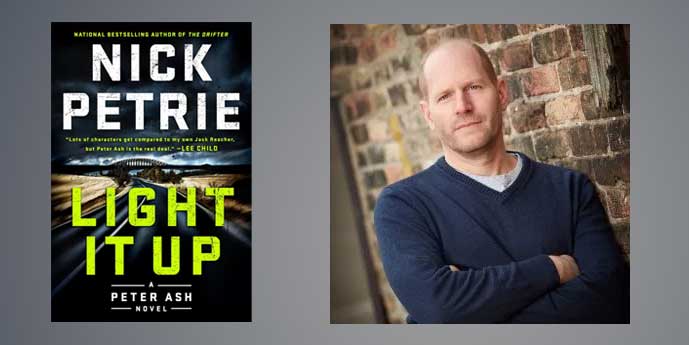 In Nick Petrie’s “Light It Up”, Colorado’s legal all-cash pot business takes center stage. This popular third thriller features Peter Ash, a decorated Marine combat veteran who suffers from PTSD. Though he yearns to live a simple life, Peter is called by an old friend for help, this time because of a flawlessly executed hijacking. Drugs, money and guns, what could go wrong?